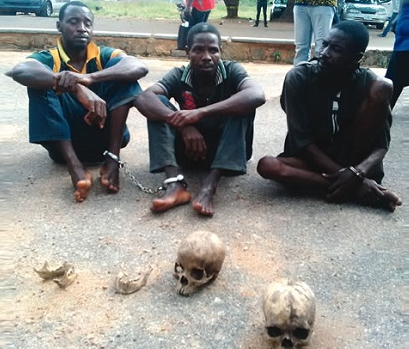 Some human parts dealers have been arrested at their hideout in Ogbomoso, Oyo state.

The officials of Oyo State Police command nabbed the 3 suspected human parts dealer after receiving tip offs from vigilant members of the public.

Here is what one of the 3 suspects, 40-year-old Salami Sulaimon told police: