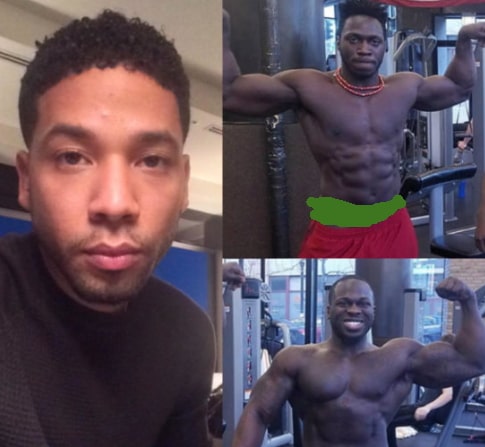 Empire’ writers are reportedly busy making edits in the original script, which scheduled Smollett for nine scenes and a big musical number, according to TMZ.

The medium further reported that Jussie’s character, “Jamal, was originally scheduled to appear in nine scenes and a big musical number in the second to the last episode, but this would no longer be the case.

“The episodes which are currently being shot will see Jamal appearing in four scenes and his musical number has been taken out of the plot.

“It was also reported that Smollett will no longer be the main focus in the remaining four scenes as he would be flanked by a number of cast members.

“To this end, Jussie will be spending way less time on set without rehearsal,’’ it said.

It was also reported that Smollett, who plays the role of ‘Jamal Lyon’ in ‘Empire,’ will enjoy less screen time.

This move, TMZ reports, is in the wake of a growing sentiment that he staged the widely reported attack on him.

DAILY POST recalls that Smollett was assaulted in Chicago by two men who hurled racial and homophobic words at him.

Smollett told police that he had just landed in town from New York and was attacked as he stepped out to eat at a Subway restaurant around 2 a.m on the East North Lower Water Street, in the upscale neighborhood of Streeterville.

However, there are reports that two Nigerian brothers, Abimbola ‘Abel’ and Olabinjo ‘Ola’ Osundairo, might have been paid off by Smollett to stage the attack.

The brothers were arrested on February 13, 2019, in connection with the case.

They were picked up at the airport in Chicago after they arrived from Nigeria where they had gone to spend some time with their family.

Interestingly, the brothers have been released with no charges as the police revealed there is now new evidence as one of the brothers was Smollett’s trainer for a music video.

Smollett has also vehemently denied paying the two brothers $3,500 to attack him.

His lawyers, Todd S. Pugh and Victor P. Henderson, disclosed to Entertainment Weekly that the star is now being victimised over the false allegations of him staging the incident.