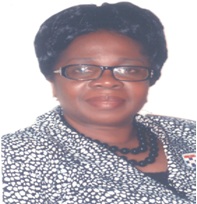 The former CJ of Ondo lost her battle to cancer at the age of 71 on Sunday the 1st of January 2017.

According to a family source who requested anonymity, Justice Olagbegi as she is fondly called died at UCH hospital in Ibadan on the night of New Year’s Day.

She was recovering from an undisclosed form of cancer which made her stay out of public glare due to rapid weight loss in the last one year when she lost her battle.

The family is yet to release an official statement on the cause of her death and the date of her burial.