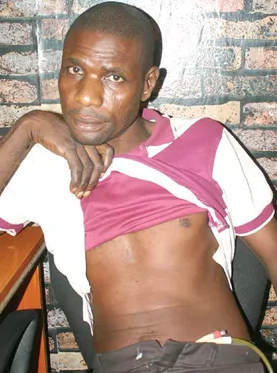 A 42-year-old man identified as Adebowale Ademola who was diagnosed with severe abdominal pain following acute urinary obstruction, is in need of N100,000 to settle hospital bills.

The patient has already been operated on successfully but has been detained at the Vine Medical and Dental Hospital, located at 6, Smith Lane Taiwo street, off Robiyan road, Abule bus stop, Ijoko-Abule Agbado road, Ifo Local Government Area (LGA), Ogun State, because he has not been able to settle his hospital bill to the tune of N80,000. He needs an additional N20,000 to settle the bill for the drugs.

According to a medical report from the the Vine Medical and Dental Hospital and signed by Dr. Ogunsuji, the medical director, Ademola has been advised to do a retrograde urethrogra.

“He is being followed up based on the result of investigations,” hes aid. Ademola explains how it all started in his words saying, “I was on my way to work when I felt a sharp pain; it was so severe and I was rushed to the hospital where I had to go through an urgent surgical operation. “Thereafter, I went for other X-ray’s according to the doctor’s prescription which cost me and my wife a lot of money.

I have to pay 80,000 to complete my hospital bill and buy the prescribed drugs worth 20,000.” Oluwakemi Ademola, wife of the patient who is a trader, selling fairly used clothes said, “We have spent up to 150,000 which includes everything we have. A few family members friends also came to our aid. We are stranded at the hospital because they will not release us until we pay up our bill.

“This situation we have found ourselves is even worse that we taught. The children no longer go to school.” However based on the medical reports from The Vine Medical and Dental Hospital, they gave an account of how they had to carry out an emergency operation on him because he was unable to pass urine. Drugs have been prescribed to aid quick and vast recovery.

The couple pleaded with the government and the masses to come to their aid and help them raise the money required into the account below. Account Name; Johnson Oluwakemi Elizabeth Account number; 0093563245; Diamond Bank.