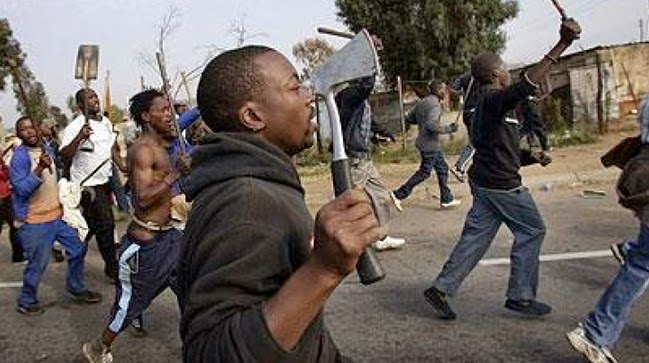 Rep. Nnenna Elendu-Ukeje, Chairperson, House of Representatives Committee on Foreign Affairs, has called for the evacuation of Nigerians within 24 hours from South Africa owing to the ongoing attacks on non-indigenes.

Ukeje (PDP-Abia) made the appeal in a phone interview with NAN on Thursday in Ibadan.

She said that the call was necessary because of increasing attacks on Nigerians and non-Nigerians alike in South Africa.

“The Federal Government of Nigeria should rise up to the occasion by having contingency plans to evacuate Nigerians within 24 hours to avoid us losing our citizens to these attacks.

“It is expedient to think of where all Nigerians can gather within 24 hours for safety either in our embassy or mission for the safety of our citizens,” she said.

The lawmaker suggested that a concrete arrangement with some airlines should be made to evacuate Nigerians back home.

She also urged the National Emergency Management Agency (NEMA) to equally mobilise to take care of the returnees.

Ukeje noted with concern that that the xenophobia was degenerating to Afrophobia as many black Africans, including Nigerians, were being attacked from Johannesburg to Durban.

She advised the Nigerian government against delay till some of her citizens are killed in the latest attacks before implementing its citizen diplomacy policy.

“Unfortunately, there is no serious condemnation from South Africa government on this attacks, hence the need for Nigerian government to be proactive and rescue her citizens as soon as possible,” she said.

She expressed surprise that South Africa that housed African Parliament and other institutions of Africa in the continent could descend so low to the extent of her nationals attacking other Africans living in that country.

Ukeje said her committee was in close contact with the Ministry of Foreign Affairs to see what could be done to protect Nigerians in South Africa, while the House is to engage relevant stakeholders on the matter.

Rep. Abike Dabiri-Erewa, Chairman, House of Representatives Committee on Diaspora, also told NAN on phone that a motion on the issue would be tabled during the plenary session of the House.

Dabiri-Erewa (APC-Lagos) condemned the attacks on Nigerians living in South Africa, saying it was disgusting for South Africans to be treating Nigerians like that despite the Nigeria’s role during the apartheid struggle.

NAN reports that Sen. Musiliu Obanikoro, Minister of State II, for Foreign Affairs, has said that no Nigerian was killed in the attack against foreigners in South Africa.