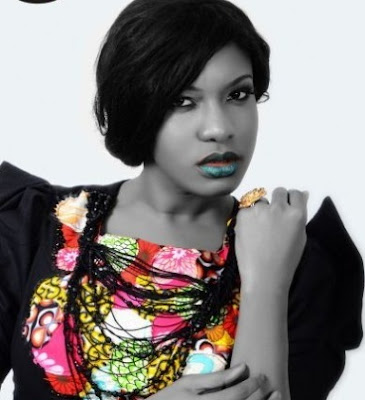 Just like Funke Akindele who said she went to hell and back in the hand of her ex-husband Kehinde Oloyede, Nigerian actress Chika Ike has finally opened up at length on what went wrong in her first marriage.

The Moments of Tears actress narrated how she married her ex-hubby for love at age 20, how she lost her pregnancy and how her ex-husband, Tony Eberiri almost killed her.

To avoid divorce, she stayed in the marriage for several years.

Check out what the actress said in a recent tell-it-all interview below;

“The past three years has been a very emotional period for me. I focused my energy on work and to build back my self esteem. its been really hard for me to come out straight and talk about this because sometimes I pinch myself to wake up and not believe that I was a victim of domestic violence. I’ve been through a lot in my life, faced a lot of challenges but this is one topic I’ve tried so hard to avoid and have been waiting for the right time but I have come to a resolve that there’s really no right time because every second of the day, lives are being lost due to domestic violence. I was a victiim of domestic violence in my marriage and that was the singular reason I left my marriage, aside other reasons”.

Chika Ike with ex-hubby on her wedding day

“Growing up as a girl, I was always known as the sweetest kid on the block, before I got married, I have been through some relationships and for once no man had ever laid a finger on me. The first time it happened in my marriage I didn’t understand it because I am not the type of woman a man beats but I guess there are no types. It just happens and no woman deserves it. As a young girl I thought it was love or his way of expressing his emotions, after every beating he pleads , cries and says it won’t happen again, once again I thought it was love and made excuses for him. Over the years when it kept happening consistently I started looking for other definitions for it. I started losing my self pride, self esteem, self worth, and most painfully i lost a pregnancy (Miscarriage) I almost lost my life in the process then I realised how serious and abnormal it really was.

“I have heard and read a lot of accusations from ignorant people who don’t know my story, I guess that’s why they are ignorant. I was 20yrs old and very naïve to the world when I got married .“ They said I married for money“ LOL. I was married to a corporate guy, who had a 9_5 job in a bank, Lives in a rented 2 bedroom apartment at Egbe. So do the maths! . I married for love. I did a traditional wedding. A white wedding and a court wedding. So that’s how much I wanted to be married forever. For five years I hoped, prayed & wished that one day it will all change. But the last straw that broke the carmels back was during a heated argument he threw a glass jug to my face and I dogged it and it shattered on d wall. I saw death flash before me and I made a decision to save my life. I left my marriage,” Chika opened up.

“Am not saying this to draw pity from anyone because we are entitled to our opinions and believes. I am not also saying this to discourage people from falling in love because its a beautiful feeling and I still believe in it. I am saying this to educate, share and talk about my experience as a victim of domestic violence because it is real,” Chika ended.

Heya! it’s a tough thing to fall into wrong hands.

Every woman should pray fervently before committing their hands in marriage to any man.

It’s time to shine your eyes well well ladies.. May you not fall into wrong hands IJN.