A Nigerian child born in the United Kingdom,Omojola Ogunleye, lives in a lonely world. At five years, he is yet to utter a meaningful word. What he does, at times, is to make some meaningless muttering. Children of his age are able to play together, while some can slightly read or write. But for the handsome looking boy, playing alone is his game, even as he rarely maintains an eye contact.

His parents, Mr. and Mrs. Ogunleye noted: “He still uses diapers anytime we are on an outing because he may mess himself up, since he is not be able to express himself.”

The parents, especially the mother, often wonders if they have not failed in their primary duty of parenting. The Ogunleye family has lived for eight years in the United Kingdom, where they gave birth to Omojola. That was where they discovered he was autistic, an ailment that was new to the family. In an attempt to douse the rising tension in the family over the health challenge of their first baby, most friends and family members had suggested to the Ogunleyes to relocate to Nigeria. They reasoned that the communal way of living that is prevalent in Africa could help boost the poor boy’s vocal ability. African alternative medicines could also be sought, they thought. The Ogunleyes succumbed to the advice. They soon relocated to Nigeria to seek every means to attend to their boy’s challenge. But with that single move, they made the greatest error of their lives, Mr. Ogunleye affirmed.

The expectation that the world’s largest black nation’s communal way of living might help straighten Omojola’s speech therapy hit the rocks as soon as the boy set his feet on Nigerian soil. Rather than get love in most places the boy turned to, the parents said what they got was discontent, as the boy was made to face total discrimination in many areas. It was then getting clearer to them that their expected happy moments over their five-year-old child would not be found in the country.

But they refused to throw in the towel. They pushed harder. That the child was giving them extra stress was not the main discomfort of the Ogunleyes; the parents said. According to them, the way the neighbours, teachers and the Nigerian society neglected and ostracised the poor child kept giving the family sleepless nights, Mr. Ogunleye alleged.

A scenario that the Ogunleyes said they would not forget in a hurry happened one evening, as they were taking a stroll. Mr. Ogunleye said: “Our neighbour was passing by us, and jovially I played with her little daughter by calling her my ‘son’s wife’, as the Yoruba normally joke. The woman grumbled and said: ‘God forbid! My daughter will never marry someone like this.’ I almost broke down in tears on the road, wondering why such a blatant rejection could be so arrogantly displayed against an innocent child, just because of a little challenge. I tell you, if this were to be in the UK, I could sue her for discriminating against my child.”

Mr. Ogunleye alleged that Omojola was also assaulted and abused by his teacher, which made them withdraw him from school. His words: “Certain kids need nothing less than love. But rather than get such love, it is hatred or displeasure that they get in my home country. I enrolled him in a school, where they could not even teach him anything, because there are no professionals in the school or anywhere around.

One day, I was shocked, as I just dashed into my boy’s school and saw that he was being harshly beaten with long canes. The boy, who could not talk, was running around the school compound and screaming, while the teacher pursued him. Instantly, I was shivering and I was almost going to collapse, seeing my loved child in such a hapless and helpless situation. I wondered and asked what offence he had committed.

They said he took some biscuits from a mate. Imagine! A mere N5 biscuit! At this point, I knew I had overrated the Nigerian system. And I felt terribly bad and guilty for bringing him to Nigeria. Because in the UK, no teacher would dare beat any child at all, let alone a special child.” 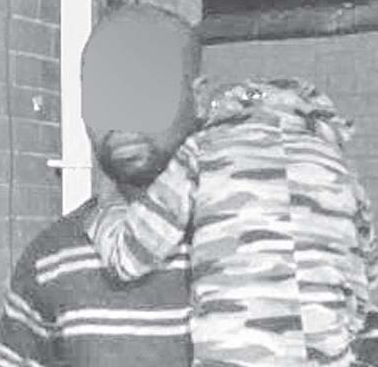 Mr. and Mrs. Ogunleye have since returned to the UK. Mr. Ogunleye, who spoke with the reporter from that country, explained how much he regretted bringing the child to Nigeria for a solution. He said the family was glad to have gone back with the child for a better care from an advanced society.