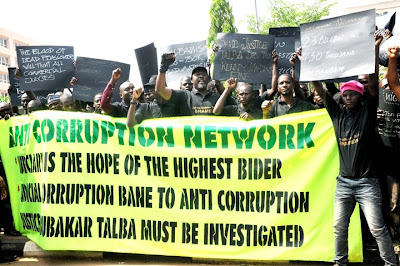 Bible; (NIV) Mathew 6:26 Look at the birds of the air; they do not sow or reap or store away in barns, and yet your heavenly Father feeds them. Are you not much more valuable than they?

Quran; The Iron 57:20 Know that the life of this world is but amusement and diversion and adornment and boasting to one another and competition in increase of wealth and children – like the example of a rain whose [resulting] plant growth pleases the tillers; then it dries and you see it turned yellow; then it becomes [scattered] debris. And in the Hereafter is severe punishment and forgiveness from Allah and approval. And what is the worldly life except the enjoyment of delusion.

What is greatness? What is fulfillment? What is success?

Thanks to God, I have spent certain pieces of my life abroad, in the white man’s land. For much of this time, I saw myself as a Nigerian who happened to be abroad, but lately as I spend more time in and with my home country, I realize that I am different. I have taken the good–hopefully not the bad–from the white man, to make myself a more rounded human being. But I realize I am no longer a typical everyday Nigerian.

Some of us are highly critical of the white master. I am known for my criticism of him. I am highly Afrocenteric. But there comes a time when you confess your weaknesses and celebrate others’ triumphs. This is one.

Greatness in Africa has been totally corrupted. Our minds are twisted and this is taking us to hell. Thanks to a government that secures our insecurity, we have lost all faith in God. Faith is defined in material possessions, in landed property, in wealth stolen and amassed, in earthly security. And in this, we differ from the western ‘99%.’

Don’t get it twisted, the western elite is also preoccupied with the devil-king of the world. He too is immersed in worldly security and value. But in Africa, it is not just the 1% elite that is so devalued, but a good majority of us who are slaves of material. In Africa, a history of colonization and forced submission to authority has made a good number of us hold the greedy elite thieves in high regard.

This is where the government comes in. Comparing UK, U.S. to Nigeria for instance, there is one major significant attribute that has made us Nigerians disciples of the corrupt elite–Life insecurity. Yes, we are not sure of tomorrow, we wish to have some form of financial security for our children, if not just ourselves, and to do so, we submit to lickspittling, to divination of money, to lying, to cheating, to stealing, to supporting tribalist claims, to slander, to bigotry. Like jackals, we do whatever we can to survive.

As long as we worship money and believe in money and not God-security, we will suffer. Jesus, Islam and indeed the western civilization are all absolute in the institution of social welfare systems. I now understand the plenary importance of this. The lack of welfare and social security hastens our course to hell. Simple things like having emergency phone numbers to call for professional police response leads us to a state of ‘sin.’ We don’t mind stealing to buy that plot of land, to secure our families in case of emergency, to build tall fences; and then as we learn to steal and to depend on lying and cheating, we go further to cheat and amass more property and financial security to ensure our family have more than they will need.

The culture of uncertainty and high risk survival in Africa has made us loose our sense of self and our faith. We will steal to give to priests for the promise of financial wealth and security. The irony of it. We pray to steal and steal to pray. We sell our votes and our next four years for meager return, and as a result of our fear and regard of the elite, in whose hands we see our security.

Don’t get it wrong, some of us are greedy, and even if we had a system like the U.S. Social Security system, we will still steal, sell ourselves and wage bloody tribal wars. But the numbers will be fewer.

Here’s a simple test to see if you are affected by this loss of self. I call it the Solomon test. Imagine if you are promised $1,000,000. But there is one condition; that a baby, unrelated to you, somewhere very far off, of one of those ethnic groups you perchance dislike, will die in his mother’s arms, due to your partaking in the embezzling of funds for his survival. Will you take the $1,000,000?

In Solomon’s epic judgment, the real mother denied her baby that the baby may survive.

This seems trivial, but much of our problems stems from this chronic beggary that we have been indoctrinated into courtesy of the gravid lack of financial and even life security. Faithless, we have become thieves and traitors; traitors to our soul and eternal aspirations.

There is corruption in the western world, but it is systematic. Reward is given for some sort of skill. Presidents are not paid before hand, they are required to at least write elegant speeches after they are retired, and attend those phony speech ceremonies nicely dressed, to be paid for the advantages they gave the lobbyists. Soccer players paid in millions in the western soccer entertainment business scheme are required to stay fit and kick the ball into the net. Big business rewards people with ideas, informational, technology and the like. They say Beyonce does up to 600 sit ups a night!

But in Africa the reward is the skill. The wealthy thieves are angelized. We respect the person who made big money, for … making big money. We don’t throw stones at him, no, we give him audience and listen to his words as though they carry weight. Whereas honesty is a virtue in the West. You will be shocked how naively honest an average American is and how genuinely disgusted they are by indecency. The United States purportedly in some Wikileaks release I came across, said of the richest African, that his methods made beggars of his countrymen. Their foresight is 20:20. Believing that wealth is a skill and opening the door and our souls to the divinity of the wealthy has destroyed whatever was left of our humanity.

Rotten wealth is rotten wealth. An adage says; that a drop of urine in milk renders the entire milk undrinkable.

Greatness is in the simple things; being a good dad, a great neighbor, a caring mother, a friendly Samaritan who smiles and lifts up his brother who has fallen. A person who helps the injured to the hospital. Even if we sleep on empty stomachs, we are the greatest. I spit on the wealthy elite thieves. The balers in Abuja. They are not worthy of cleaning my toilet.

In many of the conversations we have about Nigeria, we think about and analyze many of the effects of our deplorable state, but forget to peruse the impact on our souls.

Rather than get to a point where we are assured of being taken care of by the government, in case of an emergency; we are at the other end of the scale, with doctors and teachers strikes. Ours is not just the greatest case of Social Insecurity, but actual Social Harm.

And while this is not yet done, we MUST rely on and respect only God, for our security.

Then only will we be worthy of regard as human beings.

I believe that through our collective restoration of self, we the people have the ability to drown the wicked cabal, of whom many of us have become a part, who keep us locked up in this shameful state of moral, ethnic, financial and now I add- spiritual decrepitude.

Though the title states that the government takes us to hell, we all know that in reality; only we can take ourselves to hell. The government is merely helping us get there.

May the Good Lord have mercy on the 24+ brave youth that were killed in defense of their community, in Borno; and on their families.

Continue Reading
You may also like...
Related Topics:corruption, Government, nigerian