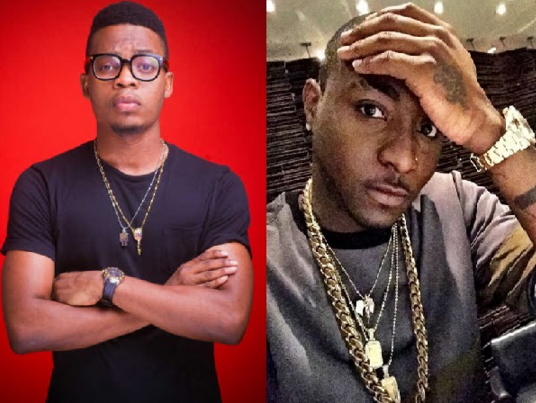 A detail investigation on Twitter has revealed the secret behind rapper Olamide’s bizarre drama on stage at the 2015 Headies awards yesterday.

On the 18th of October 2015 around 2:34 pm, Davido took to Twitter to appreciate Olamide’s new artist Lil Kesh. He also told him that he deserve to get ‘The Next Rated” awards at the headies. 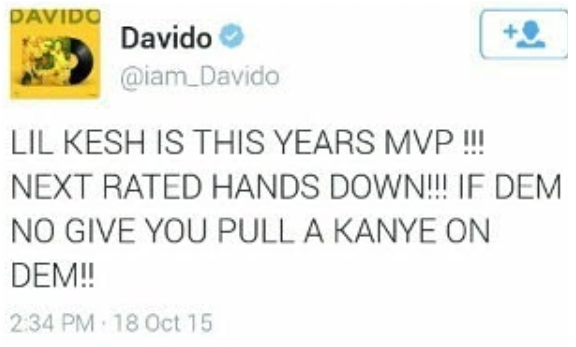 Davido later advised Olamide to pull a Kanye West-like stunt on stage if Lil Kesh didn’t get the award and that is exactly what the YBNL star did on stage yesterday.

It all look like a staged drama to promote the Headies Awards.