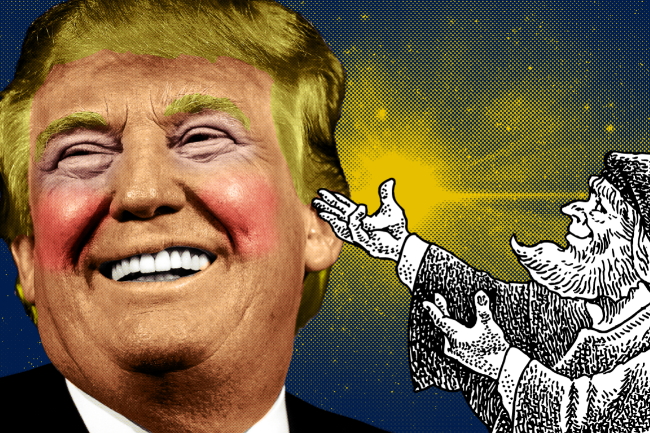 An opinion article by Omokehinde

The question we should ask ourselves is that, why did they prophecy about election results and politics so close to election date? The answer is simple, they know that politicians usually invest big money in politics anywhere in the globe.

These crooks and criminals know for sure that politicians are desperate people that will pay any amount to get elected to positions of power, authority and great influence. They dish out lies and falsehood to feed the curiosity of the electorate in exchange for money.

This is the more reason why they post their terrible lies, fake prophecies, and manipulative ideas on Facebook, Twitter, social media, YouTube, and sometimes in newspapers. The motive behind their scam is money, deceit, and to capitalize on the ignorance of millions of unsuspecting Christians worldwide. The Bible says, “my people are destroyed for lack of knowledge.”

The best way to escape their political scam in the name of falsehood called prophecies is to understand God’s words, pray, and ignore online criminals posing as prophets. This does not take away the fact that there are true Servants of the Most High God who can decide sometimes to use internet to preach, teach, and prophecy true message from the Throne of Grace to people and nations, but we must be able to discern true messengers of God from crooks that broadcast falsehood.

For example, there is this criminal and heartless crook who is based in Cameron, Texas in United States.

This criminal became instant online star after his guess prediction that President Jonathan will not be reelected to office last year came to past in his online article titled, “God has not called me if President Goodluck Jonathan is reelected.”

The fact is that every Nigerian with common sense knew before his prediction that President Jonathan will never get reelected in a fair election.

This self-proclaimed prophet was very smart and calculative, after the defeat of Jonathan, he became a big star on nigeriaworld. He started posting uncontrolled predictions and lies to deceive desperate Nigerian politicians.

Only God knows how many of them he had duped in the name of seeing election results before the real election take place in our lawless country. He always give serious excuses supported by many biblical verses whenever his lies or predictions failed to materialize.

Ordinary monkey in China sees vision and predict events accurately far better than all these crooks. The monkey with low mentality predicted accurately that Mr. Trump will be elected American next president while those blind prophets were vomiting lies for monetary gains.

Early this year, he predicted that former Senate President-David Mark will never be reelected to the Nigerian Senate, soon after his prediction was proven to be false because Senator Mark won the reelection in a landslide victory.

He Immediately took to the social media to defend his lies, this wicked man posted another demonic article praying, wishing and swearing that David Mark plane will crash on his way back to Abuja for proving him wrong and putting him to shame. “By their fruits we shall know them”, says God.

What a wicked intention from a very wicked and dark heart! Just imagine hundreds of innocent people-fathers, mothers, sons, daughters and little children would die if David Mark plane truly crashed as he had wish?

But God Almighty was waiting for the perfect time to expose and disgrace those fake prophets that only specialize in election predictions and politics.

Here comes American presidential election, those crooks see another opportunities to go international this time around by using American election predictions for monetary gains and cheap popularity. I guess they were following and watching the media polls from the most accurate American various pollsters that Hillary Clinton is going to win the election in a landslide victory, so they decided to gamble big with the best democratic process and most reliable election system in the world.

Again this crooked Nigerian self-proclaimed prophet who is based in Texas again took to the social media to take advantage of American media polls favoring Hillary by posting another ridiculous lies called prophecy on nigeriaworld article titles,” God has not called me if Donald Trump Becomes the U.S President”

He bragged, lies, and did a lot of fabrications to discredit Mr. Trump and claimed that Hillary will soon be addressed as Madam President.

After reading his many lies in that ridiculous article, I knew that God Almighty was about to disgrace this crooked prophet. Another surprising behavior exhibited by this man happened before the November 8 Presidential election, shortly after the FBI revealed to the world that Clinton emails were found on the laptop belonging to the husband of her closest assistant, this criminal took to the social media again calling and begging all Nigerian-Americans and foreigners to vote for Hillary and urging them to pray hard for Jezebel spirit at the polls.

Suddenly, this fake prophet turned himself to Hillary Clinton online campaign manager because of the incoming shame that will befall him in case his anointed candidate loses the election on November 8, 2016. What a scam! The Bible clearly states, “If what a prophet proclaims in the name of the Lord does not take place or come true, that is a message the Lord has not spoken.

That prophet has spoken presumptuously, so do not be alarmed.” Due. 18:22. My people, it is high time to wisen up and stop listening to lies and noises that come your ways in form of fake prophecies from wolves in Sheep clothing looking for who to devour.

Finally, after Hillary Clinton lost the presidential election shamefully in a landslide defeat in the best election process and most credible democracy in the world, this Texan criminal shamelessly wrote another nonsense piece of article claiming that president-elect Trump is not the will of God for the United States.

What a hardened criminal and a devil advocate. In fact, he predicted that Donald administration will fail so that people will know that he has spoken. I KNOW for sure that nothing and absolutely nothing surprises the Creator of Heaven and the earth.

Donald John Trump is absolutely God chosen candidate to rescue Americans from Obama Muslim agenda that suppresses the state of Israel, he was chosen to rescue millions of unborn children that would have been executed from their mothers wombs by Hillary wicked abortion policy, to tear down Iran Nuclear Deal signed unilaterally by President Barack Hussein Obama, he was chosen to grow and stabilizes American collapsing economy, to reduce American national debt and prevent another catastrophic terrorist attacks on American soil and around the globe due to political correctness.

President-Elect Donald Trump will be a very successful president of the U.S. Our people should stop paying attention to garbage, lies, and false prophecies from these social media and online criminals and crooks posing as prophets. But instead, pray for God’s wisdom, understanding of His words, and for the empowerment of the discerning spirit to identify criminals and crooks from true Servants of the Most High God who doesn’t post falsehood online to make money.

My sincere congratulations to American president-elect Donald Trump, and I’m happy for the state of Israel and other Christian nations because once again, we will have a Christian in the White House who will loves God’s people and protect religion freedom for all.

May God bless our nation Nigeria and America. Amen.