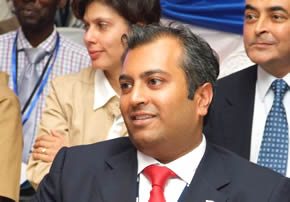 According to a recent testimony from a Dana Air Official, greedy Indian owners of the crashed Dana Aircraft allegedly forced the Pilot and the flight crew to take off. naijagists.com

The anonymous official of Dana Airlines who made a call to Channels TV disclosed that faulty Dana Airplane has had persistent fault in the past and it’s unfit for take off.

She further stated the plane had history of hydraulic system faults in the past.

Dana Air Boeing MD-83 which operated as flight 9J-992 was faulty after it left Lagos and stopped in Calabar.

She further alleged that the Indian owners of the airline threw caution to the wind and insisted that the plane must fly in a bid to maximize profit.

They sent the aircraft over to Abuja to pick passengers, when it should have being returned to Lagos for further repair.

Listen to the her below.

Dana Air Owners Forced Us To Fly The Crashed Plane

Video Of Dana Airline Crash In Lagos On Sunday

This is the extent to which bribery and corruption has gotten the best of this nation.