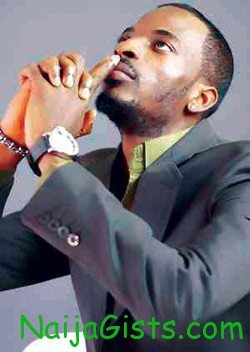 •Says he’s forgiven ex-wife Toni but… •Speaks on his double album
Call him whatever names you like, it does not remove the fact that music sensation, 9ICE, real names Abolore Akande stands a world apart from many of his contemporaries with his genre of music and bluesy delivery. With an album that every track is a little masterpiece and a reflection of his wealth of experience on the streets, 9ICE in this interview with Showtime Celebrity recalled how many things fell into place to create a double album that is powerfully raw and is fast creeping to have a chart-topping commercial success with an ambitious concert come March .

Then hear this: Never, say never. To all fans of 9ICE there are indications that he may not have fallen out of love with ex-wife Toni Payne.

Next time, you see her in his arms, remember love conquers all.

Finally, the Bashorun Gaa and Versus albums is out, what kept you so long?
What kept us so long, was that so many things happened when we released the last album. The album took a long time before it picked up. While it was picking up we didn’t want to put out any other album that will disturb the sales of the album. That is why we relaxed to allow the album sell before we released another.

Were you just experimenting or was it deliberate to have a lot of tracks on that double album?

It was neither of the two. Everything just happened the way it happened. People just believe if he is saying this, he is singing about this, this is happening, and then it is a premeditated song or he has had the idea even while he was recording the song.

Some of the stuffs were probably from your experiences…
Most of the songs on the Traditional album were personal experiences and things happening in the society that most Nigerian artistes don’t talk about. They are too busy doing other things. So I said, let me talk about these things or subjects. I thought that, by talking about these issues, I will attract some set of people to my own side. It was deliberate.
In sports, you do not change the winning team. Gongo Aso was a huge hit and most of the tracks were produced by Cabasa; what led to this variety of producers?

Now, if you listen to, say ten hits songs recorded from 2010 till now, you will see a whole lot of changes in the Nigerian music scene entirely. There are lots of upcoming producers that are doing so well. And it will be wrong for the so called already made artistes not to encourage them, by patronising them. It is a way of expanding the industry and bringing in new people to the scene. It helps the industry grow. But that does not mean you abandon the producer you’ve been working with before, no. A little bit of this and that, makes a better album.

There are speculations there is a crack in your relationship with ID Cabasa
People have talked about that but there is no truth in the that story. There was a time Cabasa was signed to a label and released an album. I was part of the project. There was a time he signed on an artiste, while he was working with Olamide, I was part of it. There nothing he does that I’ve not been part of. There is a Yorubas proverb that says Ogun omode o le s’ere fun ogun odun(Twenty children cannot play together for twenty years). Ajasa lives in Ikorodu. Jahbless stays along Lagos- Ibadan expressway, I live in Abule- Egba while Cabasa stays in Akoka. We cannot be as together as we were before but that does not mean when we have something in common to do I will not be part of it.

How true is the story that you dumped Olamide for Vector on the track that you had Vector?
(Smiles) I’ve known Vector for a long time. And Olamide is very close to me. He lives three blocks away from my house; I’ve known Olamide even before I met Cabasa. And he has been with me ever since. Olamide is like my brother. And I can’t push away my brother to bring in an outsider. But then, Vector is my brother too. As a student of the University of Lagos, he was always around me whenever I go to have my hair cut in the school.

And when he passed out from the University, he came to tell me. He also told me he now raps. I said to him okay, bring the song. And while we were working on the song, I was also working on my own song. I said OK, why not do something on this song as well and he did it and that was it. Most of the songs that we recorded on the Versus album were not meant to be. Whizkid, Tiwa Savage, were not meant to be on the album.

Because we lost the hard-drive where we had most of the data and the marketer was waiting for us to submit the album, we invited Whizkid and Tiwa to join us in the studio. It was a turn around thing that I never expected and surprisingly, those songs are now doing well.

Why do you keep changing your marketers? Is there something they or you are doing wrong?
It is not me, they are the ones. St. Jude is yet to give us a dime from the first album. We printed 50,000 copies of the first album ourselves. He sold them and he is yet to remit that money. After that he printed an additional 300,000 copies, yet he didn’t pay a dime to me or the record label owner Ibrahim Okulaja.

Will you encourage me to do another business with such a person?

When Afrobest sold out Gongo Aso and was making a lot of money, I warned him against signing up unknown artistes in a hurry but he would not listen. But he went ahead and signed almost all Nigerian artistes and the money went away. Till date, Afrobest still owes me. I cannot do another business with such a person.

Gbenga Soforte and I did Tradition. When the Versus and Bashorun Gaa albums wanted to drop, he said he wanted the whole 65,000 and I said no. This time around I’ve been in the industry for quite sometime, my dreams and inspirations are quite different now. We disagreed on principles. We had no problem with money or that he did not meet my expectations. He did everything to please me, but what I want now is not what he can afford. So I had to go to who could give me what I want. And that is what happened. T Joe is giving me what I want and that’s cool with me.

Do you still have your mind on winning the Grammy?
Most definitely. May be when I win a Grammy I will retire.

Do you have any plan to collaborate with foreign artistes?
Yes. We were supposed to do that on this Versus‘ album but because it was taking too long and people were no longer ready to wait anymore, we had to fast forward everything. Probably in my forthcoming album we will have international artistes involved.

Don’t you consider yourself a misunderstood person, before the media and some of your colleagues?

Do you enjoy your single life?
I will not say so. But now I think, If I say I want to travel to Lokoja, I can easily go because my son, Zion will not be crying on my neck, ‘daddy do not go’. Yes the freedom is there, but there are some elements that are missing in my life that I enjoyed as a married man.

Like what?
Like waking up in the morning and my food is served and waiting on the table. Listening to the cries of the baby is also a very joyous moment to me. Now I no longer have the baby to cuddle and hold on to, because he is not there. These are the things I miss in marriage.

Do you do you do any consultations or researches on the those Yoruba innuendos and idioms you use in your songs?

Yeah. I make researches and consultations now,  but when I was doing it then, I was just doing it for the  fun because those were natural  and  they come without tasking myself. Now when I am talking about something, I make sure they are well researched and on point. Like the Bashorun Gaa album, I had to make researches to ensure that what I am saying is on point. And if there are some proverbs I’d want to use, I consult the elderly people. I am making my researches that way.

We used to push carts loaded with Ewedu and Ugu  vegetables for market women who come to the market to buy in bulk but cannot handle their wares because they loads on their heads. So while they carry some on their heads we will be pushing the rest in the cart behind them.  Sometimes, because some bad boys run away with  their goods, they insist we push the carts ahead of therm so they can see the movement of their goods. Those were some of the things that I did  in those days to survive.

How much were you earning per day then?
Then if you push the cart with Ewedu and Ugu from Alade which is in Jagunmolu or from Jagunmolu to Okoko you will earn at-least N100:00 (One hundred naira).

So 9ice, having gone through this, how well are you giving back considering the fact that many boys are still on the streets?

We did a show last year in Bariga on Christmas day. We realised that on Christmas Day Bariga can be so boring. So instead of letting the people go to Lekki  to go and watch shows which many cant afford, we brought a show to them. It was a free show.  Today we have provided free pipe-borne water people living on my street. And we are trying to do more. I have done the same for the community I live currently. I am still trying to do more, like sharing free textbooks to secondary and primary schools’  students through the 9ice Foundation.

Do you forgive people when they offend you?
Yes, definitely I do because even God forgives us when we offend Him.  So I have to forgive and let go. 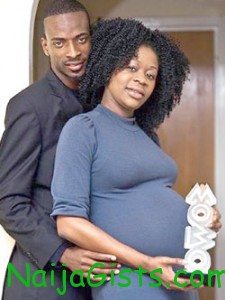 Will you give love another chance?
Definitely.

What about marriage?
To give marriage a second chance, abi? Yes, I can remarry. Of-course, it is possible.

What are the expectations regarding your concert that is coming up in March?
People should expect me to sing songs from the new album. And it is been a long time that I did a live-band performance because a lot of people do not know that I started with a live band. That day I will be doing some songs live and King Sunny Ade and K1 ‘D’ Ultimate will be performing live on that day as well. And all the artistes that I featured on that album will be performing live on stage.

So what is the deal with Cecil Hammond’s FlyTime?
FlyTime is the one packaging this event for me as they have done for other artistes. I believe if this event scales through it is going to be like  breaking a barrier and moving to the next level.