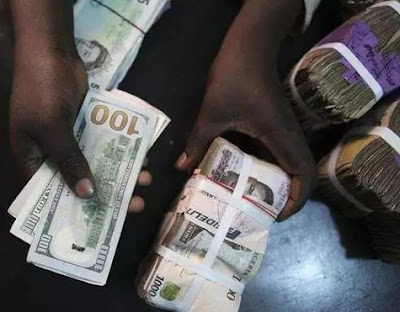 Sept 5, 2016 – Opinion: How Naira Devaluation Caused Nigeria’s Economy To Fall Into Recession…Why Buhari Is Part Of The Problem

It is only a brainwashed f**l misled by the APC that will accept that Buhari is not part of Nigeria’s problem. Buhari has further impoverished masses in the country by adopting a completely outdated policy that has further sent our poor economy deep into recession.

One of the economy damage and financial set back decision Muhammadu Buhari made, is the heeding of call from the IMF to devalue Nigerian currency. The simple truth is, that the decision is pathway to economic disaster.

The current administration devaluation of our currency is counterproductive. The government around the world often lower their currency rates in order to benefit from the lower value of the national currency.

And lower currency value encourages exports and discourages importation thereby improving the country’s trade deficit and imbalances. Nigeria is known worldwide as a country that is fully reliant on crude oil revenue.

Based on this fact, currency devaluation in the country when we have no other raw materials and finished goods for the foreign marketers to come and buy at a cheaper rate and export to the international market is suicidal from the stand point of economic analysis.

In the absence of the availability of other raw materials and finished goods to be exported to other countries, the currency devaluation therefore serve no healthy purpose to our economy.

On the contrary, the effect of devaluing our naira has been tragic by sending our poor economy down into recession. The scale of damage caused by the administration failed monetary policy adopted is unprecedented causing an all out outcry from the masses in the country.

The low rate of our naira or the depreciation in the value of our naira compare to dollar or other traded currencies that is recognised in the international financial market has nearly led to a total halt of many importation of goods and raw materials into the country as soon as the current administration took office.

Due to this devaluation, many companies can no longer sustain more production thereby leading to massive retrenchment and layoff of workers back into the already filled labour market.

Adding to this woe, many firms have moved to other countries that has bearable currency rates to support the growth of their businesses leaving an increasing number of our youths in the country without job.

Trillions of naira from big firms in the country have been lost to the irrational currency devaluation as the example of Dangote have shown recently.

Importation of pharmaceutical products and raw material for it production in the country is now harder than ever due to the unfavourable devaluation our naira resulting in deaths of many sick patients both in hospital and at home who can’t afford what is now an expensive drugs to cure their health challenges.

There is now an unbearable high cost of living today in the country due to this failed currency devaluation policy of the present government.

It is only a shortsighted individual who lack understanding in terms of economy who will give 100% credence to the Current administration performance.

Lamido Sanusi a highly placed Nigerian who is part of APC member came out boldly to point to the fact that the administration has not been sincere for citing low oil prices for the slow recovery of our economy and enumerated ways to emerge from the current recession.

If he could do that, it is therefore incumbent on every genuine APC or pro APC member who want the smooth run and recovery of our economy to accept that the current administration has also caused great harm to our economy.

Rather than blindly and relentlessly pointing accusing finger to the past administration, people should rather focus on the present economic challenges and how the current administration has also blighted the lives of the masses with failed economic reform.

I want to reiterate the fact that highly knowledgeable people in the country cannot and will never be deceived by the empty slogan and mantra of change by pro APC group in the country.