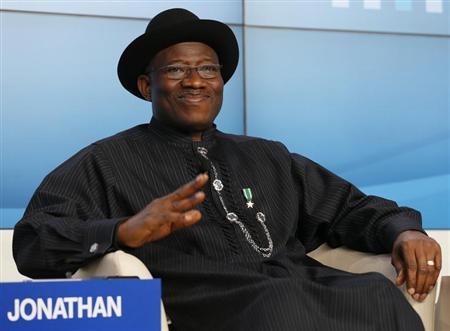 Ex- President Jonathan who is currently awaiting probe is now in a new money laundering scandal.

The money earmarked for special services was carted away in bullion vans.

Central Bank of Nigeria insiders alleged that one of the withdrawals was made through the officer of the ex-NSA Dasuki based on GEJ’s instruction.

The second memo also authorised by Jonathan was generated by the NNPC.

The first memo dated November 2014 contained a request for the withdrawal of $47million cash out of the N10 billion earmarked for release of an unbudgeted special services.

The balance was paid out in Euro on behalf of the NSA’s office.

“Mr. S. A. Salisu, director finance and administration is, hereby authorised to sign and collect the amount. Please accept, Your Excellency, the assurances of my highest esteem,” the memo said.

“Upon receipt of this mandate, please pay urgently the under-listed beneficiary the cash amount indicated,” the memo said.

The payment instruction in favour of the NIA was signed by one Okonkwo Godwin, General Manager, Finance, NAPIMS, with staff No. 18526, on February 25, 2015.

A source at CBN who confirmed the fraudulent withdrawal with Premium Times said:

“My brother, the report is true,” . “Every detail is on point. But, since they claimed the withdrawal was for security services, anything could have been referred to as such. Nobody knows.”

The source said even more ‘curious’ large withdrawals were made from the bank during the period but we were unable to obtain documents to authenticate the claims.

It remains unknown what the “special services”, for which the funds were removed, are.

Lord have mercy, these politicians have looted the nation dry.

Isn’t this why Buhari said he met an empty treasury.

No looters must go free. These corrupt politicians must be probed.