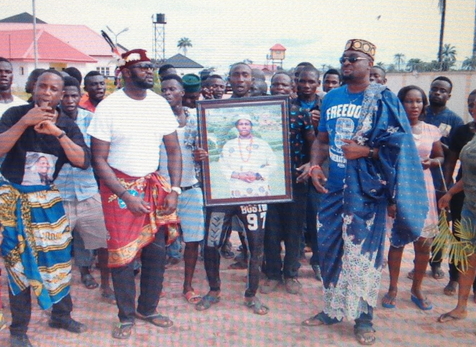 The sentiments raised by the death of master Maxwell Chinedu Oduah-Etoromi, first son of Nigeria’s former Aviation minister and the current Senator representing Anambra North Senatorial District in the 8th Senate, Senator (Princess)Stella Oduah, over the choice of place of burial of the deceased finally settled as the remains of the 28 year old boy, were at exactly 2:15 pm Saturday 3rd September 2016, peacefully interred at the Oduah family Mausoleum in Akili- Ozizor, Ogbaru local Government of Anambra State amidst tears and eulogies thus confirming the age-long Igbo adage which says that ‘whoever runs from his paternal home is welcomed to take refuge in his maternal home’.

The Metropolitan Archbishop of Onitsha, Most Reverend Valerian Okeke,was represented in the burial mass by the Episcopal Vicar of Dunukofia Region,Very Rev Fr Theophilus Odukwe who presided over the mass with 57 other priests officiating among whom was a Papal Chamberlain ,Monsignor Greg Adibe.

In his homily, the President of the West African Association of Priests,Very Rev Fr (Dr) Martin Onukwuba expressed condolences to Senator Oduah and other members of their family saying that, death is a mystery and universal experience which every mortal must pass through.

According to him,the death of a Christian is nothing but a passage to meet the risen Christ adding that upon death,every believer must look forward to dying in order to open his or her eyes to the light of eternity.

In his contribution, the representative of the Archbishop Very Rev Fr Theophilus Odukwe described the late Chinedu Oduah as a chip of the old block,meaning that he took over from her mother in generosity and kindness to the less privileged.

The Senate President, Dr Olusola Saraki, represented by Senator Dino Melaye who led other senators and House of Representatives members to the funeral who laced his remarks with humour and jokes said the Senate President was pained by the death of Chinedu whose mother, Senator Stella Oduah she described as a reliable and hard working colleague. He pledged that the Senate will donate generously to the newly formed Foundation in the name of the deceased.

Also in his remarks,the governor of Anambra State,Chief Willie Obiano represented by deputy,Dr Nkem Okeke, described the death of Chinedu in his prime as painful, stating that it would not be the wish of any mother to experience such.

He prayed that God will give the entire family the fortitude to bear the irreparable loss.

While speaking on the death of his brother, Master Tuoyo, the immediate junior brother to the deceased spoke at length on the sterling qualities of his late brother who he described as generous to a fault.

Earlier at the vigil mass, a delegation of the Nigeria Diocesan Priests Association which Senator Oduah was invested as a Patroness,delivered a condolence letter to her Rector of St Pius X Spiritual Year Seminary Akwa-Ukwu, Rev Fr Dr Celestine Umeh delivered the homily.

Meanwhile, updates on the funeral indicate that the Catholic Bishop of Benin Archdiocese, Most Rev Augustine Akubeze flew in from Benin City to pray at the graveside of the deceased.

Also at the funeral was the famous Spiritual Director of the Adoration Prayer Ministry,R ev Fr Emmanuel Obimma (Ebube Muonso) who prayed and blessed the Oduah family as well as the vast farm yard and residence of Senator Oduah.

Pictures show some of the actions during and after the burial mass up to time of burial. Different age grades and masquerades entertained the people. 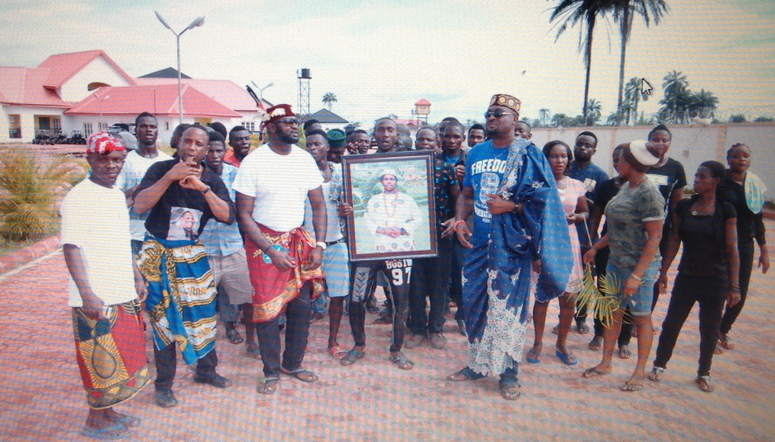 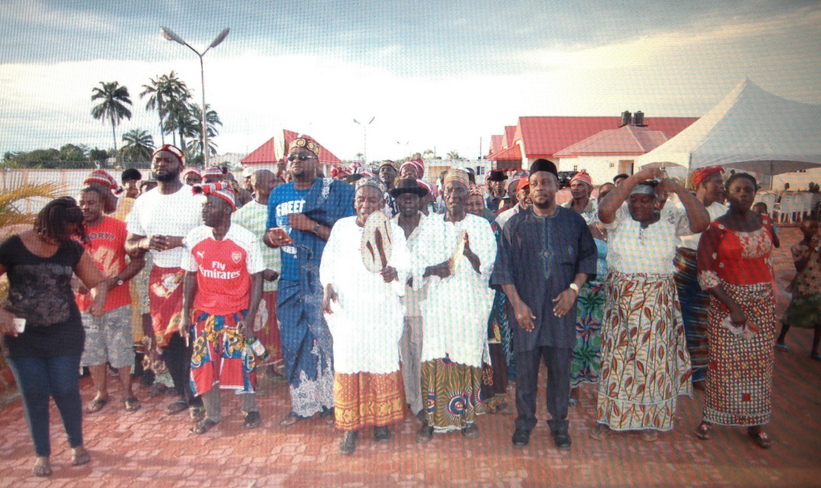