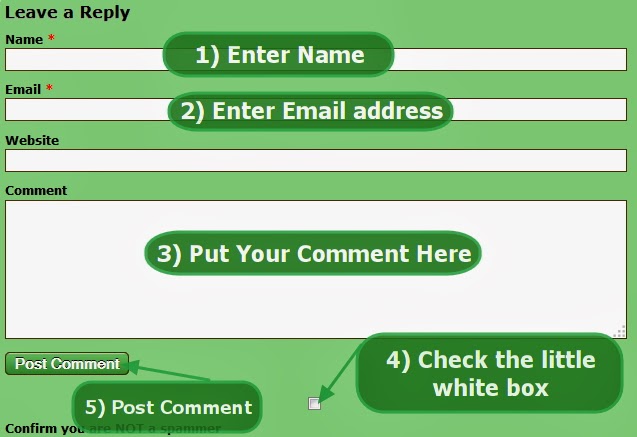 We have received several emails from visitors asking us to show them how to post their comments on this site, please see the graphical instruction below.