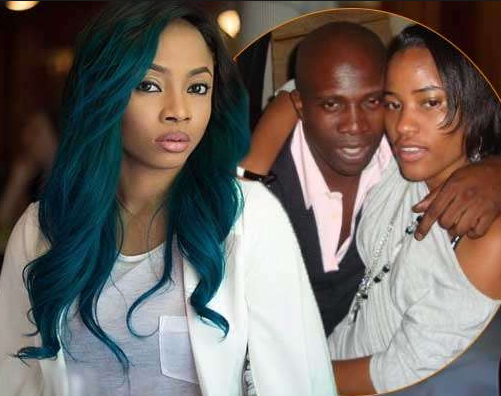 December 3rd, 2016 – How Toke Makinwa’s Confession Book Might Hunt Her For The Rest Of Her Life

Popular OAP Toke Makinwa will have to deal with this pain for ever. ‘To everyone who is as lost and in pain as I was, choose to believe that the sun will rise again,’ she writes in her new book, detailing her childhood griefs, but mainly about her woes before and during her 18-month marriage to fitness coach Maje Ayida.

Even if she tries to forget this bitter part of her life story, the book, ‘On Becoming’, will be there to remind her. Who knows, in these times when new entrants into the movie industry, such as Mo Abudu, seek some super stories, hers, may just come handy as another commercial-inclined story of another Nigerian woman in the mix. Her children and grandchildren will ask questions even when she is very old and gone. She will remain in the records as perhaps the most daring Nigerian OAP.

I have read some of the punch lines in the new book, and as revealing and sympathetic as they seem, my instinct does not agree with the writer’s approach and purpose which appears to be a story of triumph. I really can’t see clearly how Toke has won the game. Rather, I see her drawing the line for the next battle of her life.

The book brings another woman, Anita Solomon, who is alleged to be responsible for the crash of the union into the picture. And while Maje never wanted Toke to get pregnant for him, Anita is said to have been delivered of a son who turned a year old a few months ago. It is clear the guy does not want a permanent tie with her.

Good enough, this new author reveals all the signs of failure in her relationship with Maje, even prior to their marriage. How the eventuality became surprising to her is what I do not understand. Long before I became a man, I’d always armed myself with the saying, “your wife/husband is not the one you love, but the one who loves you.”

There are stories of men who undeniably love their wives yet cheat, going by what is generally termed man’s innate promiscuous nature; for Maje, it is clear whatever he felt or still feels for Toke, does not fit the definition of love.

Toke probably had 99.9% influence on Maje, given reason the relationship endured, but there is a one percent that defines fulfillment in a person, and as minute as it seems, it rocked the boat of this celebrity marriage, with Maje heaving a sigh of relief. Forget his diplomatic mien or show of remorse.

There is a man for every woman; only if we refuse to be moved by sight. May Ellen Ezekiel of blessed memory once said: “If you love a thing, let it go. If it comes back, it’s yours. If it doesn’t, it was never meant to be.” Toke was too magnetic for Maje, and the latter had been slave to her influences while their romance lasted.

When you lure a man into ‘sympathy relationship’, it’s only a matter of time before the time bomb explodes. To me, theirs is a case of a careless woman and a dishonorable man. Toke and Maje are the proverbial two wrongs that don’t make a right.

To purge herself of the hurts, there is no need to whip up further sympathy. Unless you are talking to the younger girls on the signs to note when a man is cheating, who needs details of how you were infected with STD? I bet that today’s secondary school girls are wiser. Therefore, if the revelations are for girls of your age, then it comes to me as trying to ridicule Maje and pretending you have overcome. Girl, if anyone has moved on, it is the guy.

Although the world now consumes your story, one cannot say it is the best thing for you. Like they say, ‘sometimes, the activities of a madman in the market place thrill; no one would wish to have him as a relation.’ You will get thumbs up that may give you a false sense of fulfillment. This could come majorly from even older women; some with delayed marriages or in a bad relationship, even single mothers. It is entirely up to you to choose a new society of women, but the consequences of an uncommon association is felt alone, and at one’s private moment.

When you go pass your prime and the effect of your bleached skin sets in proper, you will remember Maje again. But the lesson is not for you, but for your unborn children. Let them know that you were as guilty as Maje in this faulty relationship.