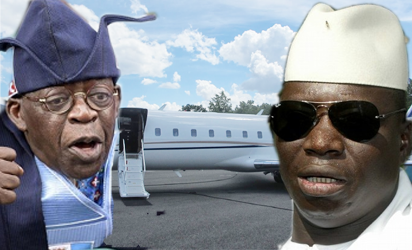 New details have emerged on how ex-President of Gambia Yahya Jammeh gave up power and how a Nigerian politician rescued him at the last minute.

After days of stand off, Yahya agreed to step down at the last minute after serious pressure from the President of Guinea, Alpha Conde and Mauritanian President Mohammed Abdel Aziz.

When he suddenly changed his mind, Jammeh was confronted with yet another challenge – who will fly him out of Gambia.

Conde who was a close friend of Tinubu reportedly called him to get authorization for Jammeh to use his VP-CBT Falcon jet which had been with him (President Conde) for a while.

Tinubu reportedly agreed on Saturday night but with a condition that Jammeh must leave Gambia on Saturday and ensure peace returns to Gambia.

He was flown out of Gambia with his wife, mother and President Conde on board. 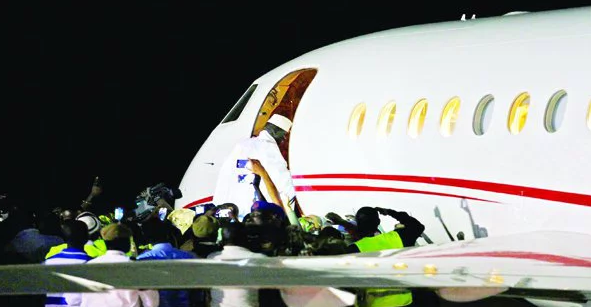 Jammeh was flown to Equatorial Guinea on Saturday where he will be on exile.