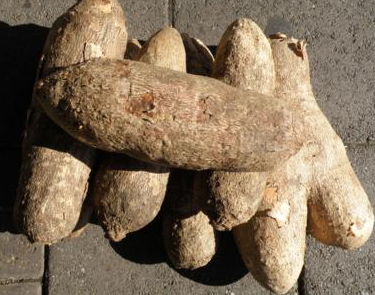 A 35-year-old has died in Ebonyi state after eating a yam specie harvested in a forest at Onuoji Umuhuali in Ishielu LGA of Ebonyi state.

The victim identified as Otubo Olugha reportedly went to fetch water in the stream when he branched at the forest to harvest the yam.

On getting home, he prepared the yam and ate it alone without sharing it with any of his family members.

About 30 minutes later,  the forbidden yam specie identified as Iwobo started growing in his belly.

Otubo reportedly vomited blood for 20 minutes as his stomach started to swell. He died about 45 minutes later after all efforts by sympathizers to revive him failed.

His wife, Maria who is nursing a 3-month-old baby said she told her husband not to eat the yam due to its nature but he refused after complaining of severe hunger.