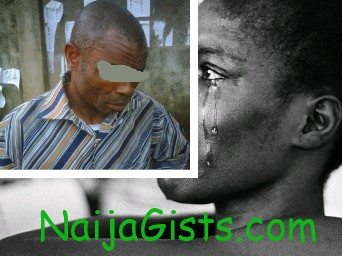 August 28, 2012 – Husband Beaten To Death By In-laws For Attacking Wife

This is one of the worst revenge story in history when in-laws alleged beat a man to death for attacking his wife while trying to protect his manhood. naijagists.com

Over a decade marriage between Mr. and Mrs. John Odu did not only turn sour, but the in-laws of Odu have allegedly beaten him to death.

This unfortunate incident took place after a serious fight between Mr John Odu and his wife in their bedroom at 23 Uduak-Obong Street, Off Edim Otop Street, Calabar, Cross River State, Nigeria.

According to P.M investigation, the late John Odu, a purchasing officer at the University of Calabar, was married to Nancy who was his childhood friend since the early 80s.  They were blessed with two children, Tony, 21 and Nancy, 19.

Both Nancy and John are from Ntemante (near M T Mbu’s ancestral home) in Boki Local Government Area of Cross River State. But recently their relationship was characterized by regular quarrels in their house.

The fights eventually turned tragic on the night of 17 August, 2012 when the two had a misunderstanding. Nancy was said to have grabbed the husband in the genitals and the man desperately made efforts to free himself from the vice grip to no avail and had to resort to biting off the woman’s nose before she would let go of the husband’s private part.

“We heard the man screaming and begging his wife to let go his genitals but she would not, so the man started crying and at a point, we heard the lady crying too. It was later we discovered that the man bit off the wife’s nostrils,” our source who resides in the adjoining building said.

According to her, after the fight, John took his wife to the University of Calabar Teaching Hospital, where the nostril was stitched and the woman placed on a bed to stay.

“The next day, John was with the woman in the hospital throughout the day and did not go to work. It was when he was returning from the hospital that some members of his wife’s family accosted him here on the road close to his house and beat him until he became unconscious. They left him there,” our source said.

She said when some neighbours tried to rush him to the hospital, the man died on the way. The University of Calabar was contacted and Odu’s corpse was taken to the school’s morgue at the Human Anatomy Department for preservation.

Mr. Effiong Enang, the Director of Stores in the university who is John’s immediate colleague said when he heard that the man was dead he contacted the bursar of the university “who is our head of unit and he asked me to confirm if it was true and I went there and it was true.”

A police source at the Airport Police station where the matter was fist reported said the case was transferred to the D4 Department at the Police Headquarters, Diamond Hill, after preliminary investigations.

At the police headquarters, a police source at the homicide unit (D4) said: “The family had taken some policemen to Abuja where we tried to locate the chief suspect who reportedly escaped there after the attack. But you know, like most criminals who are always at alert after committing a crime, he went into hiding when he heard the police were around looking for him. He can only run for now, we will certainly get him”.

The Police Public Relations Officer for the Cross River Police Command, DSP John Umoh confirmed the incident, adding that the suspect has been declared wanted.(thenews)