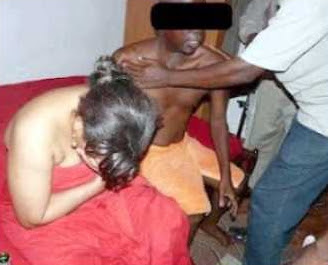 A 23-year-old marriage was today dissolved by Customary Court in Igando Lagos after efforts to reconcile the couple failed.

The case was brought to the court by the husband, Mr Tunji Oyedele, who accused his wife of adultery, engaging in fetish activities and attempting to kill him.

The wife, Romoke, a 40-year-old trader, who denied the allegations, told the court that the man was sending her away because he now has a new wife.

The president of the court, Mr Adegboyega Omilola, said the court had no option than to separate the couple as the husband was adamant to all mediation efforts by the court and his family.

“The court pronounces the marriage between Mr Tunji Oyedele and Mrs Romoke Oyedele dissolved today, both parties henceforth cease to be husband and wife.

“Both are free to go their separate ways without any hindrance and molestation,” Omilola ruled.

Earlier, Oyedele had accused his wife of 23 years of engaging in sexual recklessness and infidelity.

“My wife is promiscuous, whenever I travel, my wife brings men into our house; on two occasions, I caught her with her lovers in our bedroom.

“One day, I came home unannounced and caught her with one of her lovers in our bedroom.

“On another occasion, I caught her with another man who she claimed was her Pastor.

“She claimed that the said Pastor wanted to take her to a river for a special bath to avert spiritual attack,” he said.

The petitioner further alleged that his wife was fetish and always in possession of different charms.

“I see different strange objects in my bathing water, food and everywhere in the house.

“There was a day I entered her room in her absence and saw feathers tied with clothes and other diabolical objects.

“I believe that my persistent illness, which has deferred medical solution, is as a result of her fetish acts.

“I have been forced to leave my own house because I don’t want to die now,” he said.

The 52-year-old businessman, who presented the pictures of the charms as exhibit, also said that his wife got pregnant for another man after she had their first baby.

My wife abandoned our 10-month-old baby for me and got pregnant for another man. She came back after some years and I accepted her,” he said.

According to him, his wife has no respect for his family.

“My wife used to call my mother a witch and always fought with her whenever she visits; my mother has stopped coming to my house,’’ he said.

He also said his wife chased away his first wife who did not bear him any child by always mocking and calling her a barren wife.

Romoke refuted the allegations, insisting that she was not adulterous.

“The man my husband first saw in our bedroom was my classmate in primary school; the other man was my Pastor, who came for spiritual purpose,” she explained.

The 40-year-old trader said she was not fetish and did not know how the charms got into her room.

The mother of four denied abandoning their baby to get pregnant for another man, saying it was her husband that chased her out of his house.

“My husband chased me out of his house after I had our first baby and that made me to get pregnant for another man,” she told the court.

She said that she and her husband had lived in peace until January 2016, when he married a new wife.

“My husband and I never fought; but immediately he married another woman, his attitude changed.

“His new wife accused me of sending hired killers to her and my husband turned me into a punching bag,” she said.

Romoke had pleaded with the court not to grant her husband’s wish, as she was still in love with him. [NAN]