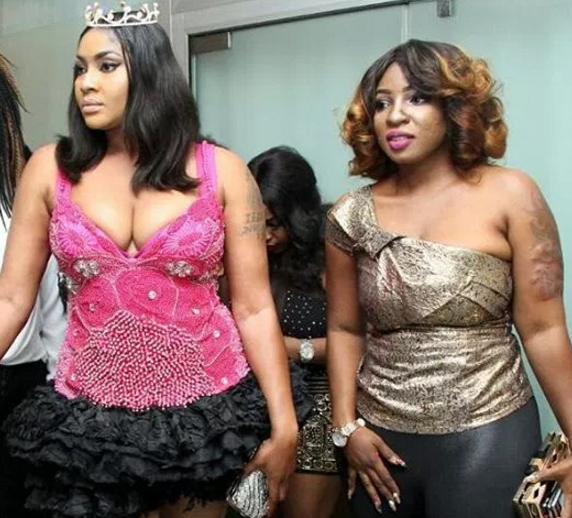 The cool friendship between Angela Okorie and her former bestie Anita Joseph has turned sour after a super wealthy socialite crossed their path.

According to an insider, the celebrities who just unfollowed each other on Instagram are in a hot rivalry war after friends of Anita saw Angela with her sugar daddy. The two who have always been there for each other are now engaging each other in a bitter war of words.

A source said they now don’t see eye to eye.