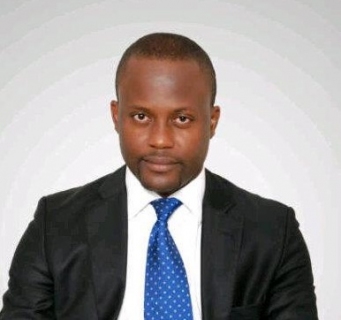 To be honest, I no longer believe in the entity called Nigeria. No matter how much we pretend, the truth MUST be told. This union is certainly not working. Any member of the union that decides to do things its own way should be allowed to do so without compromising the unity of the land. Why force your own way of life on a man who wants Sharia in his region? It is high time we allowed the local people to control their own territories. To say the least, I have lost hope and interest in today’s NIGERIA. Let us peacefully terminate this forced marriage to prevent the events that led to the Nigeria-Biafra war.

How can I live in a country where a young woman is slaughtered like a goat in broad daylight and the video gleefully posted on social media? How can I live in a country where four innocent boys were roasted alive like barbecue by their compatriots over an unproven allegation? Till date, the spirits of those boys and other innocent souls so treated still hover around seeking justice. How can I live in a country where a clueless leader withdraws constitutional role of protecting our waterways from the Navy and hands over the assignment to a militant? Yet, millions of barrels of oil are reported stolen offshore daily. How do you explain a political leader of Bola Tinubu’s calibre travelling abroad for ordinary knee surgery, yes, ordinary knee surgery? This tells us that our so-called leaders do not even believe in the system they created. Dying abroad has become a status symbol in Nigeria. This is indeed pathetic.

The reason why Nigeria is not working as anticipated is because an average Nigerian sincerely no longer believes in its existence. Hence, everyone wants a bite of what is left of the so-called “National Cake”. Many Nigerians are no longer proud of their fatherland. Our politicians no longer have the interest of the suffering masses at heart, except to feather their own nest.

My name is Ken, Ken Eneduwa-George, an Anioma son of former Midwest region of old Bendel state, and I want always to be known as such. Don’t ask my State of Origin. I want my people to have our own policies, economy, currency and custom.

Let us give this multi-ethnic, multi-religious people of Nigeria the chance for dialogue to determine the future of this country. Times have changed, our orientation has changed, things are no longer as they used to be while we were growing up. I used to live shoulder to shoulder with my Muslim neighbours, we attended each others’ ceremonies. We had a mosque directly in front of our house back then, and I could remember a childhood friend teaching me Quran in the presence of my strong Catholic parents who were not bothered. Our parents were more interested in our unity then. Several times, our Muslim compatriots attended Block Rosary Crude meetings with us without getting any bashing from their strong Muslim parents.

I remember how excited we were during Sallah and Christmas periods. Our Muslim neighbour would leave their sallah rams to us Christians to take down the road for ram fighting. In fact, it was everyone’s duty to feed and train the rams, so went to our Christmas chickens and turkeys. I cannot remember at what point we all got it wrong. Now, neighbours no longer trust neighbours. We now build mighty walls around our houses like Belmash Prison in Thamesmead or Kirikiri prison in Apapa. Kids these days do not even know whom their neighbours are.

Shame on anyone who contributed to the destruction of the laudable dreams of our founding fathers! Shame on me too, for I cannot exonerate myself!

Let’s come together and discuss the way forward. Let us practice true federalism.

Enough of the futile experiments

——————————-
Ken Eneduwa-George is the country Director of UK based Nigeria Liberty Forum (NLF), founded by Kayode Ogundamisi. He is also a 2010 recipient of Ambassador for Peace award.