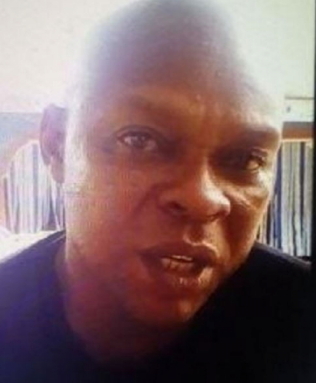 August 20, 2016 – I Named My Dog After Buhari Because I Love Mr President – Sango Ota Trader Laments, Says Life Is In Danger

41-year-old Ota trader, Joachim Chinakwe, arrested and detained at the Sango Ota Police Station, Ogun State, on August 13, 2016, for naming his dog Buhari, has said his life is no longer safe.

Speaking with Saturday Punch yesterday minutes before he was again locked behind bars at the State Police Headquarters, Eleweran, Abeokuta, after initially being released last Tuesday, the father of one said he feared for his life because he does not know what could happen to him next.

“I had to leave for Eleweran very early on Friday after receiving a letter on Thursday evening inviting me to the Command. I thought I was being called over for a peace talk, I never knew it was for the purpose of detaining me again.

“I am a law-abiding citizen of this country, I have never deliberately committed any offence before, I don’t know why I am being treated like this. I only called the dog that name for the love I have for President Muhammadu Buhari and Nigeria, I didn’t mean to taunt or hurt anybody with it. I don’t know what next could follow this, I am afraid for my life, I am in danger, please help me,” Chinakwe said before the telephone line went off.