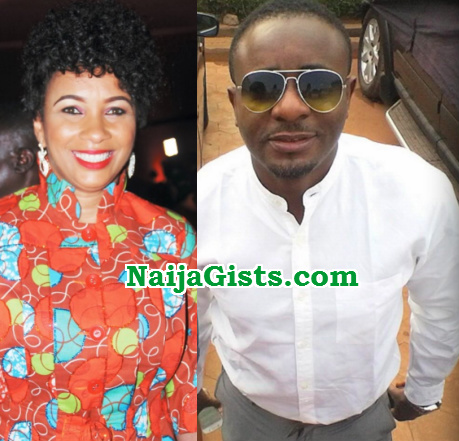 Sacked AGN President Ibinabo Fiberesima recently opened up to Saturday Beats on why Emeka Ike is unqualified to be called the President of the Actors Guild of Nigeria.

The soft spoken actress says Mr Ike did not contest for any post in the association.

“I am still the president of the Actors Guild of Nigeria; I cannot leave until my tenure expires. People are just confused with all the lies going around town. Did anyone participate in the election where Emeka Ike contested? He did not contest for the post and if so, how did he emerge the president of the association? That is the only question I ask.

“It is the press that is granting him audience to talk and I wonder why. He did not run for any position in the AGN. The court judgement did not make him president of the association and we have gone to the court of appeal.”

Ibinabo said she had made several attempts to talk with Ike but that he had not been forthcoming.

“We have tried talking to Emeka Ike in the past but he is not really concerned about running the affairs of the guild. All he is bothered about is how much he can make from poor people that want to join the guild. The N5, 000 they collect is what he is eyeing and that is what pays his salary and puts food on his table. I am so sorry but that is just how he is.

“This is not personal, Emeka Ike was my friend but he is not anymore. If he were my friend, he would not do all what he is doing, we all grow in life and he should learn to grow. There had always been chaos in AGN but since I assumed leadership of the guild, there has been peace. Now, they have come again with chaos. We need to think of our members for once and not ourselves. I am still the president of AGN,” she said.