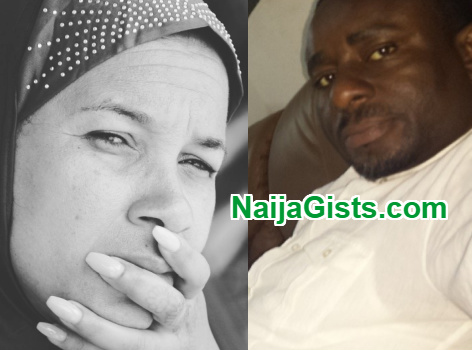 Nollywood actress Ibinabo Fiberesima has reinstated herself as the National President of the Actors Guild of Nigeria. The former Kirikiri prisoner who was granted bail to treat her cancer disease few months ago has started addressing herself as the National President of the Guild months after she was sacked by a Federal High Court in Lagos following a 3 year-long legal battle with Emeka Ike.

Emeka Ike who has been fighting Ibinabo openly for a while now has secretly bowed out of the legal battle and has kept mum.

Here is a condolence message Ibinabo issued to the family of late Nollywood actor Elder Maya who passed away on the 30th of September 2016. 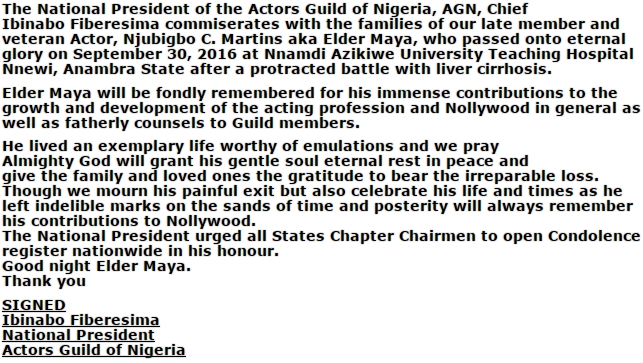