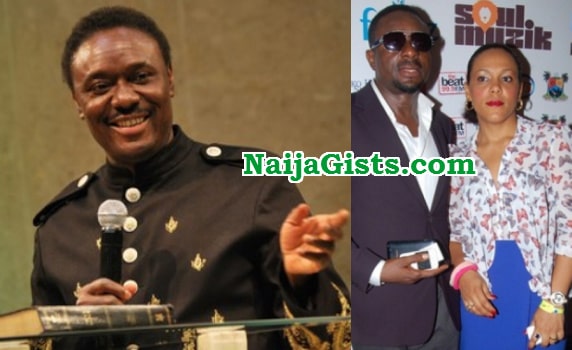 Excerpt of Nollywood actor Emeka Ike’s recent chat with Sunday Scoop’s reporter Joy Marcus on his marital crisis and why he quit Nollywood.

What is your assessment of Actors Guild of Nigeria at the moment?

Some people feel that you are no longer relevant in the industry as producers don’t call you for movies. What do you have to say about that?

It is not just about me; it is about all the actors in my set. You don’t see Jim Iyke, Ramsey Nouah, Genevieve Nnaji and Omotola Jalade-Ekeinde as often in movies any more as you used to. So, it is not about me alone. It is the new trend that came about when cable television operators came on board. The home video system was not properly structured; so, people started buying decoders. The level of politics in the home video sector was so high and our economic value became affected because initially, we got paid from the funds got from the sales of movies. As an actor, you can determine the fees you will charge for a movie. When cable television was introduced, it drastically reduced the sales of movies because some of those movies were already being aired on TV. It is not a personality thing but the lack of structures in the industry. And see where it has brought us.

What are some of the pressing changes you will like to see in Nollywood?

I have gone beyond that. I have stopped wishing Nollywood anything because I see that change is far. Some years ago, you could hear me say Nollywood was dying, but you will never hear me say that now. I realised that whenever I tried to speak with people on how we could lift Nollywood higher, they didn’t do anything. Some of them are not even informed about what is going on in the industry. Now, it just seems like I am a noisemaker but I keep praying that God helps us in 2019.

Some people feel that Nigerian actors are poorly paid. Do you agree?

Producers don’t make (as much) movies anymore; the issue of being poorly paid is out of it. I haven’t made movies in over six years. However, last year, I was begged to go to a location for a movie which is all over the Internet now. This is because the industry is no longer what it used to be. Cable television has taken over everywhere and the producers and marketers that used to be popular then are no longer famous because nobody is buying their CDs.

Some people feel that you are very aggressive. How true is this?

Please, this should stop. There has never been a report of me involved in any altercation with any person before. If someone is pushing an opinion that is not true, it tells a lot about that person. Somebody should come out to say if I have beaten him or her before. I am very blunt and don’t give my time to people who try to destroy me. However, whatever I do is nobody’s business because no one is an angel that has the right to judge others.

Do you have plans to remarry anytime soon?

When I am ready to get married, it will be known.

How do you cope with raising your four children alone?

It has been God and I thank Him for his grace and mercies. I also thank him for giving me love because that is what matters. If you love your children, you will sacrifice so many things for them.

What is your relationship with Pastor Chris Okotie?

I don’t know him beyond the fact that he didn’t play the role of a pastor in my marriage. I thought he was a good man because while growing up, I used to read about him as someone who spoke ambiguous grammar. Then, his music career also died. He said he is a pastor and the Bible says that, ‘Let him that nameth the name of the Lord depart from evil’. If he says he is a pastor, then we should celebrate him as one. As a man of God, if a woman runs to you, you should chase her back and try to settle the dispute in her marriage. The cleric is supposed to be a mediator. At least, that was what I was taught while growing up.

Do you think Pastor Chris manipulated your wife?

It is a known fact; I don’t need to say it. Everybody knows that the man doesn’t have a second church. He speaks English to manipulate the things he cannot explain properly.