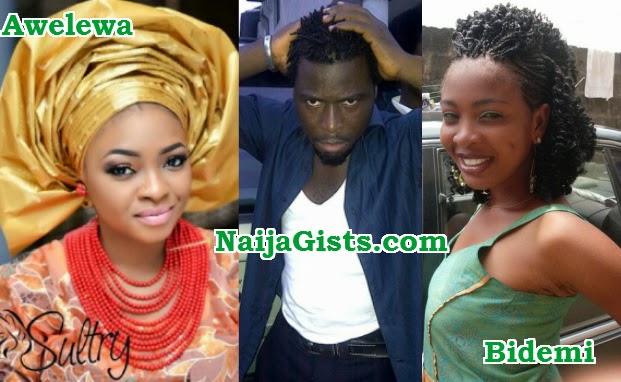 Controversial Nollywood ladies man, Ibrahim Chatta who relocated to Ibadan less than a year after his marriage to ex-Kwara Governor’s daughter, Salamatu crashed is reportedly planning to rush into another marriage with budding actress Funmi Awelewa.

This report came after Mr Chatta dumped Bidemi Kosoko after a bitter fight between Bidemi and her best friend, Miss Awelwa.

Ibrahim Chatta who is now permanently residing in Ibadan is said to be dating budding Yoruba actress Funmi Awelewa.

Eagle Eyes in Ibadan claim that the pretty actress who resides at an Estate in Akobo Ojurin area of Ibadan has moved into Ibrahim Chatta’s home.

Before she moved in with Mr Chatta, Funmi reportedly fought her best friend, Bidemi Kosoko who was dating the actor at a time.

Another Nollywood actress based in Abeokuta, Bukky recently challenged Funmi and warned her to leave her man, meaning Ibrahim Chatta is also dating another lady in the capital city of Ogun state.