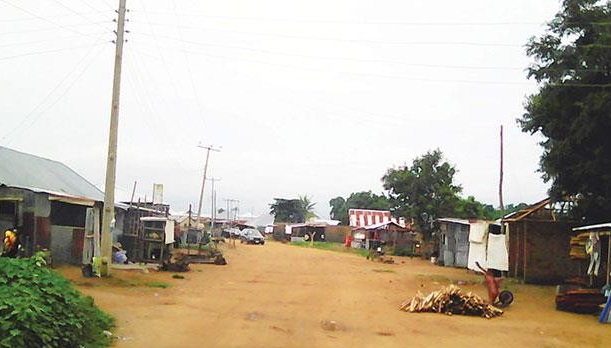 A young farmer identified as Ndubuisi Uzoma has been beheaded in Abuja.

The deceased who took to farming due to lack of job after graduating from the University was murdered by some suspected Fulani Herdsmen on his farm at Iddo village along Nnamdi Azikiwe Int’l Airport on Saturday.

His headless corpse was recovered by his family on Saturday afternoon when they went searching for him after he failed to return home from the farm.

This is what his sister, Chidinma Umeh said about the gruesome murder:

“I lost my brother on Saturday, he left in the morning and till night, I didn’t see him and I told my husband about it. We went to his farm to search for him, that was when I saw blood and I shouted, ‘Jesus, my brother is gone.’ Look at my brother’s corpse, there is no head, it’s been cut off, they beheaded my brother,”.

The bereaved woman who reported the matter to the police said no arrests had been made.

She added that the deceased engaged in farming because he couldn’t find a job in his field of study.