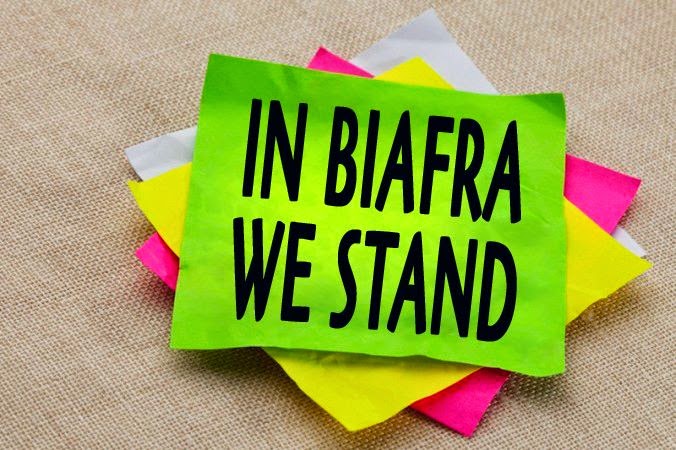 Leaders of Igboland have taken Nigeria to a Federal High Court in Owerri Imo State seeking the independence of Biafra republic.

In addition to the lawsuit, they revealed that Biafra has now joined African Union.

Going by this devel­opment, according to a document made available on-line and countersigned by the solicitor of the In­digenous People of Biafra, Emeka Adolf Chigozie, the actualisation of Biafra is now taken up by elders and professionals in Igbo land, home and abroad, in­cluding Ohanaeze Ndigbo chieftains, using a legal framework outside the Movement for the Actuali­sation of Sovereign State of Biafra (MASSOB) method.

The document read in part: “The scepticism and doubts expressed by some people, like Mr. Kalu Onu­ma, who asked the ques­tion, ‘Are you guys for real or you’ve been smoking something?” Our solicitor has decided to countersign this announcement and in­clude his professional de­tails. It is unfortunate that the pro-Biafran groups, which started the Biafran independence movement many years ago, did not follow due process of law and thereby, brought dis­grace and ridicule upon a genuine self-determination struggle of indigenous peo­ple of Biafra that should be anchored on law. At the moment, the Biafran inde­pendence movement has taken a new shape. It is no longer in the hands of charlatans and fraudsters or blind leaders of the blind. It is now in the hands of intel­lectuals, professionals and diplomats.

“We are presently in Court with Nigeria in Suit No. FHC/OW/ CS/192/2013 at the Fed­eral High Court, Owerri. We sued Nigeria in a rep­resentative capacity by Bilie Human Rights Initia­tive because Biafra is not yet a sovereign entity that can sue or be sued. We are discussing with powerful governments in the inter­national community. “The Biafran struggle is now led by the elders of Biafra­land. The Chairman is, the Honourable Justice Eze Ozobu, OFR, the founding father and founding Presi­dent of Ohanaeze Ndigbo. The Deputy Chairman is Dr. Dozie Ikedife, Ikenga Nnewi, JP, OON; the Sec­retary is Col. Joe Achuzia. Other members of the Gov­erning Council are drawn from all parts of Biafraland, including South East, parts of South-South and parts of the Middle Belt being the land of Biafra, as shown in the Ancient Map of Biafra 1660 and 1707, which we have filed in court.”