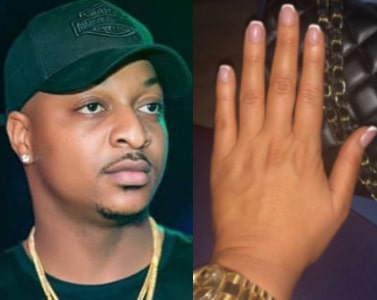 On Sunday, Sonia who now works as a personal shopper showed off her finger without her wedding ring on Snapchat even after she was spotted with a different man during one of her shopping sprees in Paris France.

IK Ogbonna who has managed to maintain a dignified silence since Sonia dumped him finally spoke today.

We hope this is not another publicity stunt to get Sonia more fans.

Make we dey look as this drama unfolds.