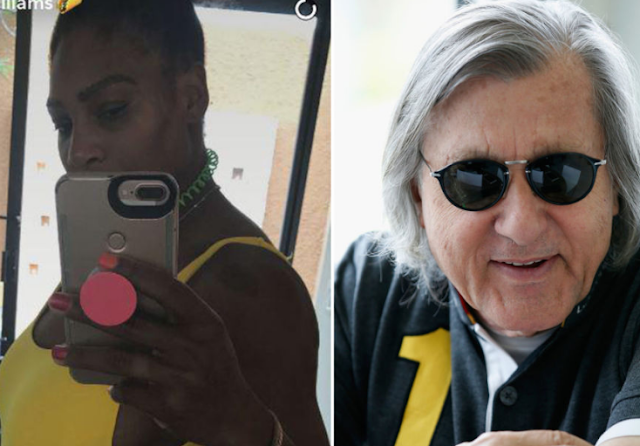 May 4, 2017 – Ilie Nastase Banned From Wimbledon 2017For Racist Comment On Serena Williams Baby

For allegedly making a nasty racist comments about Serena Williams unborn baby, Ilie Nastase has been banned from Wimbledon 2017.

“Let’s see what colour it will be. Chocolate with milk?”

After the racial slur, the 70-year-old 2-time Grand Slam winner was sent packing from the stadium.

Even after issuing an apology, Wimbledon is staying the ban.

Wimbledon confirmed yesterday that Nastase will not be allowed into the Royal Box to mingle with celebrities and royals due to his uncontrolled outbursts.