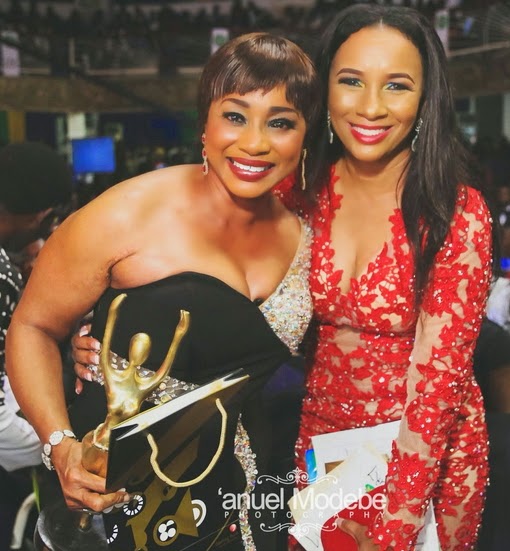 Veteran Nollywood star Clarion Chukwurah, a recent recipient of the best actress award at AMAA has come open to defend the photo she took with Actors Guild of Nigeria’s president Ibinabo Fiberesima.

While speaking with Punch recently, Clarion Chukwurah said her issue is with AGN and not with Ibinabo. 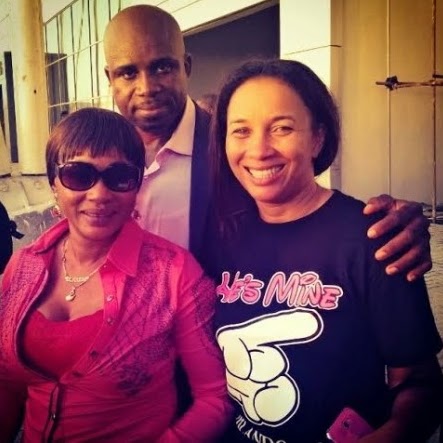 She also explained how the photo of herself and Ibinabo was snapped.

“When I got the award, I came and met my team, the Royal Arts Academy, and we all hugged and took pictures. As I was going back to my seat, Ibinabo got up and hugged me and beckoned the photographers to take our picture. As I stepped away, Rita Dominic also got up and hugged me and also asked the press photographers to take our pictures.

“When we got to the airport, Teco Benson came to me and said he wanted to minister to me and he also beckoned to her and she came close. I told Teco that I didn’t have anything against Ibinabo. This is an AGN issue. We should be real about the issue. The following day, somebody called me and told me about the picture. I was surprised,”

Of course they will embrace each other in the public for cover up.