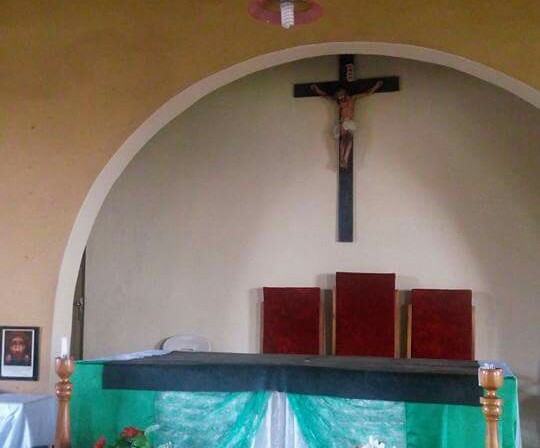 Check out these viral photos of a bleeding Jesus crucifix spotted at a Catholic church in Benue state few days ago.

Thousands of Benue residents both Christians and non-Christians rushed to Saint Augustine Catholic Church near Makurdi on Monday to witness the mystery.

Some eyewitnesses said Jesus Christ appeared on the wall while other witnesses said the crucifix of Jesus had blood dripping down the kneels and wall where the statue was placed. 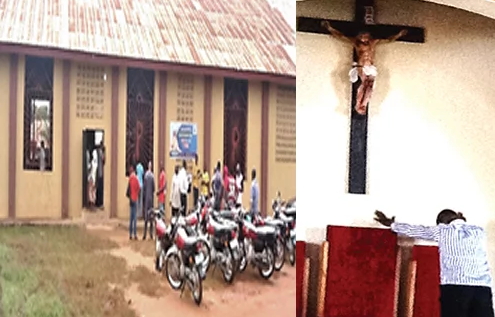 The parishioner said the image first appeared on Friday and when the news reached residents on Sunday, people rushed to the church on Monday to witness the miracle. 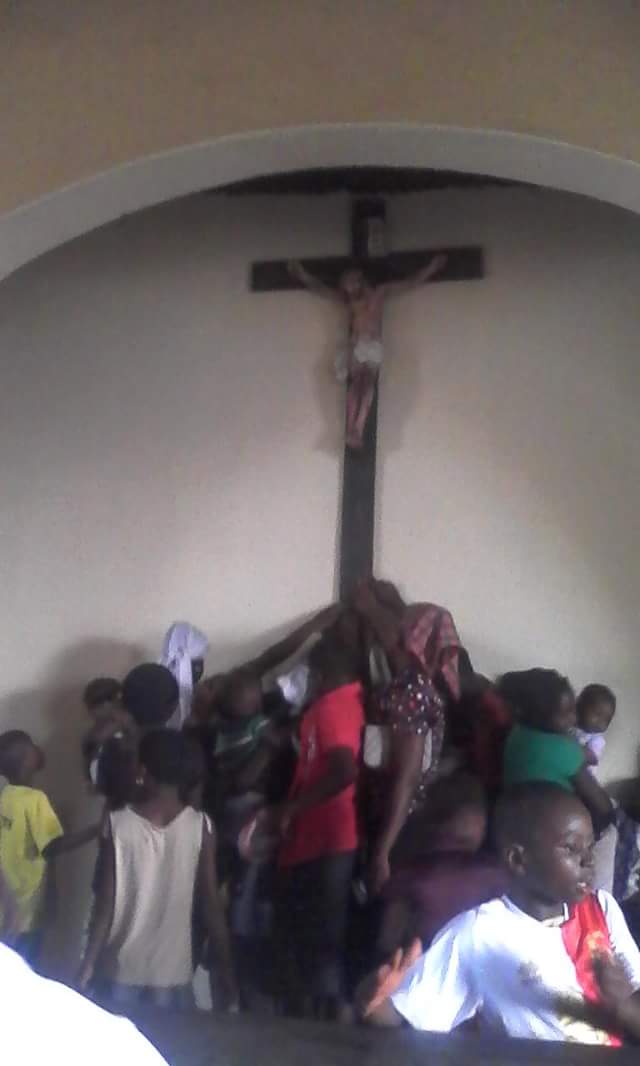 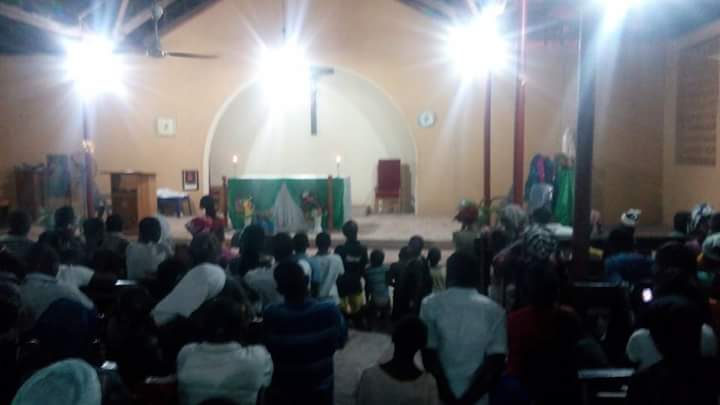 Mr. Emmanuel Hembenkaan said the image was accompanied by a bright light that overwhelmed the entire church as seen in the above photo.