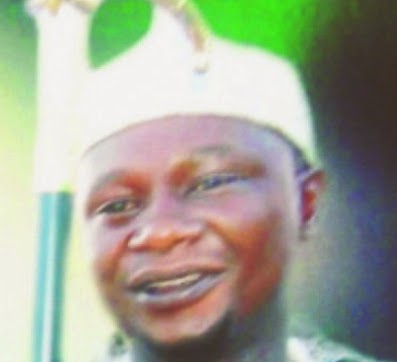 May 24, 2014 – Imo Chief Arrested For Robbery In Lagos Months After Coronation

For Mbaise people in Imo State, Ifeanyi Nwigwe is one of the respectable men in the land, hence the choice of making him the Aku enwe ebe 1 of Ezinihitte Mbaise (money is not restricted to any town). But months after he was crowned by the community, Ifeanyi was arrested in Lagos for robbery and now cooling his heels in detention.

Saturday Sun gathered that prior to his installation as the Aku enwe ebe 1 of Ezinihitte Mbaise, the suspect had been on the wanted list of the Lagos State police command whose operatives eventually arrested him along with his relative, Vincent Emezuem over a armed robbery incident in the state. Now guests at the Special Anti Robbery Squad, Ikeja, Lagos, the duo admitted to having vandalized hundreds of cars in Lagos and other states.

It was learnt that following intelligence reports on the activities of car vandals in Lagos, the state Commissioner of Police, Umaru Manko directed the commander of SARS, Abba Kyari, who deployed detectives that tracked Ifeanyi down at ASPAMDA market where he had a shop stocked with motor spare parts. Realising that the game was up, the suspect was said to have fled and resurfaced when he felt the coast was clear. Unfortunately for him, the detectives, who knew his modus operandi, caught him in the act in the Ojo area of Lagos while he was busy doing what he knows best, car vandalization.

Giving an insight into how he ventured into the world of crime, the suspect said: “Shortly after I graduated from the Federal Polytechnic, Nekede Owerri, Imo State, my elder brother requested that I should relocate to Lagos and join him in his business. He was into auto parts business at ASPAMDA market, Lagos.

“I learnt the trade for one year and while I was waiting to raise money and start up my own shop, I decided to relocate to Ladipo market where second hand products known as tokunbo are sold. I joined a group of young men who served as middle men between customers and the main dealers. All they do is to source for customers and refer them to a dealer who has the product in his shop. You will be paid an agreed commission for each customer you bring.

“It was while I was in the process that I realised that most of the goods sold at Ladipo market were stolen. Reason being that they are sold cheap to mechanics and customers who decide to come and pick themselves.”

Desperate and impatient, Ifeanyi decided to cut corners by learning how to get those cheap motor parts from the right source. “I discovered that those who were supplying these stolen motor spare parts were driving cars and building houses. I briefly learnt from one Martin, how to successfully vandalize cars undetected. So, sometime in 2010, I went into full vandalization. Initially, our target areas were in big churches where they park cars carelessly without any security man ensuring the safety of the cars.

“It was becoming risky, so we started working at night and I discovered that for every successfully operation, we will almost leave with a bag full of motor spare parts. These include motor top gasket which we normally sell to dealers at the price of N10,000, N15,000 or even N20,000 depending on the content. Others are side mirrors, the head lamps and so many other things that are in hot demand in the market. In Nigeria, there is much demand for Toyota and Honda products, so we concentrate on these two brands,” Ifeanyi further said.

For over three years, Ifeanyi made so much money and never forgot to extend the proceeds to family and friends. He also acquired so much wealth that he was able to start up his business, by securing a shop at the ASPAMDA market where brand new motor parts are sold. “God was on my side and the business flourished. I wanted to stop stealing; I saved so much money and rented a shop at ASPAMDA market. I also ordered a container load of brand new motor spare parts.

“Naturally, when you are making progress, people will love to associate with you. My community recognised me because I was so generous. This has always been my dream to help people better their lives. In recognition of my contribution to the progress of my community, I was elected as the financial secretary of our village meeting. Impressed by my performance, I was made the Aku enwe ebe 1 of Ezinihitte Mbaise in 2012.”

Unfortunately, Ifeanyi never knew that his crime was gradually catching up with him. Hundreds of his victims reported his activities to the police hence the manhunt. In 2013, they tracked him down but he escaped when he learnt that policemen visited his house and shop. “I had sincerely stopped stealing when they came for me. I wanted to hand myself over to the police but when I learnt that it was SARS, Ikeja, I decided to run for my life. For months I had nothing doing and only relied on my savings in the bank. When it finished, I had no choice but to return to the business of vandalizing cars.

“I needed to retain my honour in the eyes of my community so that I will not lose my respect. It was while on duty (vandalizing a car) on May 11, 2014 that the police arrested me. I am terribly sorry and I ask for another opportunity to get it right,” Ifeanyi pleaded.

His accomplice and relation, Vincent, confirmed his story and begged that they should be forgiven. “Our own style of robbery is different. We do not carry guns but instruments that will assist us to open a car with ease. We also go along with fireworks, this is necessary to scare anyone who dares to come close when we are on duty vandalizing cars. I am a father of three boys and I wanted to give my children a good life by sending them to school. Please, forgive us for the sake of my children,” Vincent said.