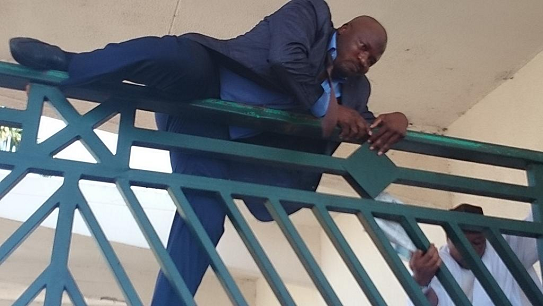 Some APC lawmakers put their fitness skill to work this morning after they were locked out of the National Assembly Complex by Police.

After an order from President Jonathan in Abuja, IGP sent over 1000 police officers and SSS officials to lock up the gate leading to the National Assembly Complex.

Many APC lawmakers were barred from entering the complex while PDP ones were allowed in affecting identifying themselves.

Angered by the injustice, some APC men took laws into their hands, they climbed the gate to access the building as their colleagues sing solidarity songs to boost their morale.

House Speaker, Aminu Tambuwal who recently defected to APC from the ruling party was teargassed by the police. 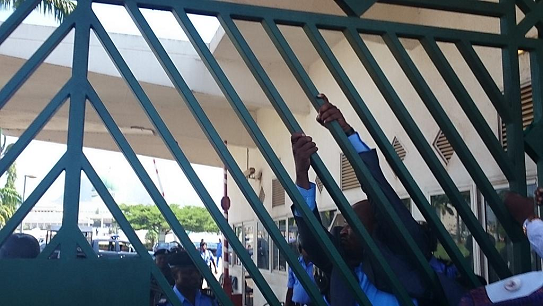 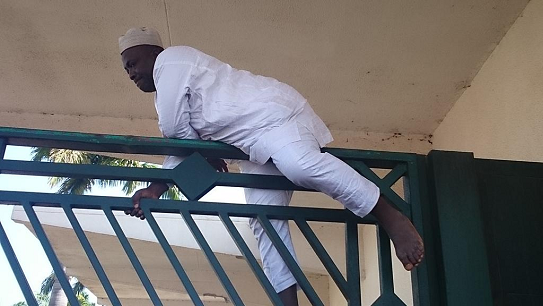 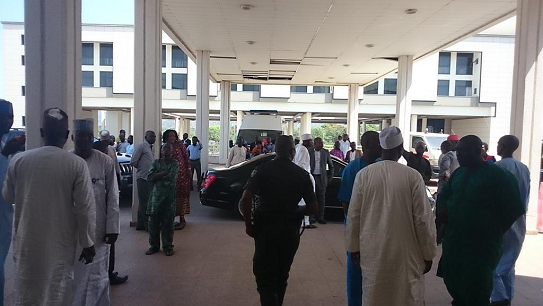 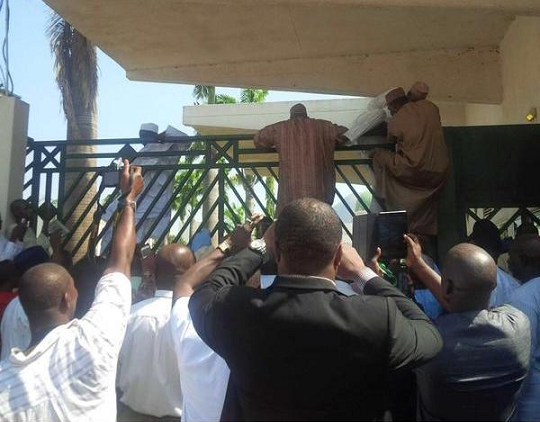 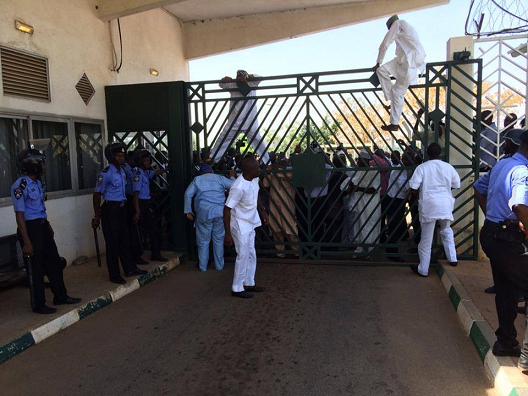 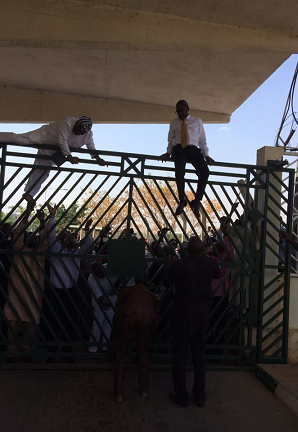 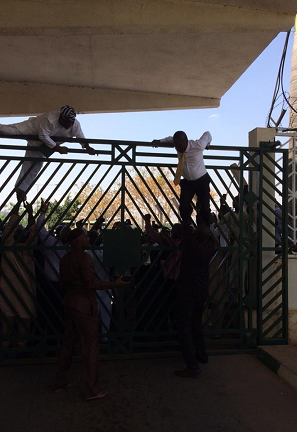 Now this is funny…God help Nigeria.