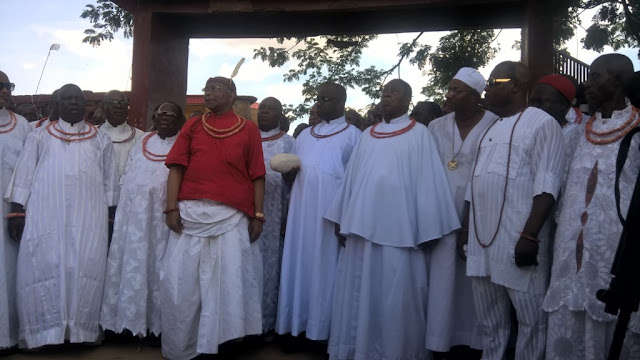 See photos from the official announcement of Oba Erediauwa’s death.

The breaking of native chalk ritual was carried out yesterday at the palace of the late monarch to officially announce his translation into the great beyond. 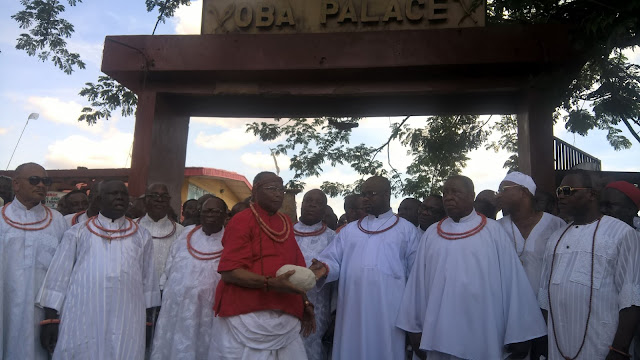 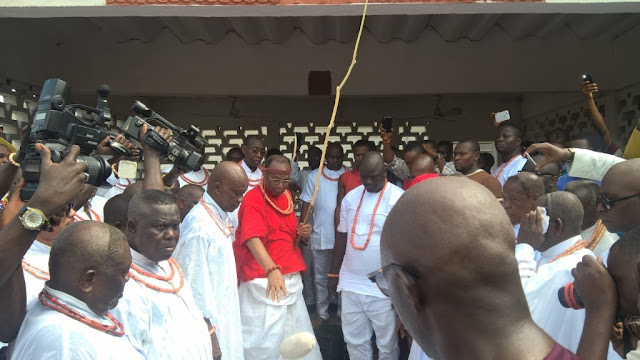 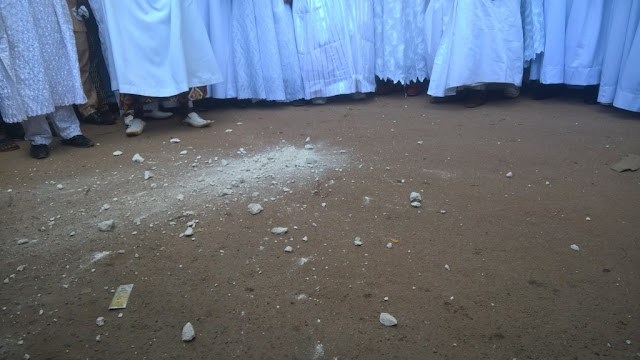 It was followed by mourning at the palace entrance. 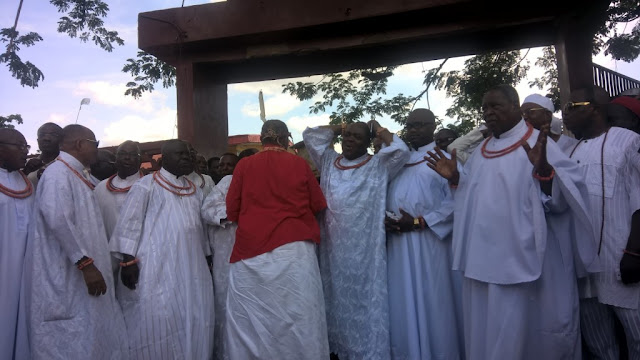 All the males in the Kingdom are to shave their head throughout the mourning period while all markets in the kingdom remain shut for a week.

The crown Prince of Benin Kingdom, Eheneden Erediauwa arrived the palace yesterday around 1:15pm and was officially informed of the translation of his dad before it was made public. 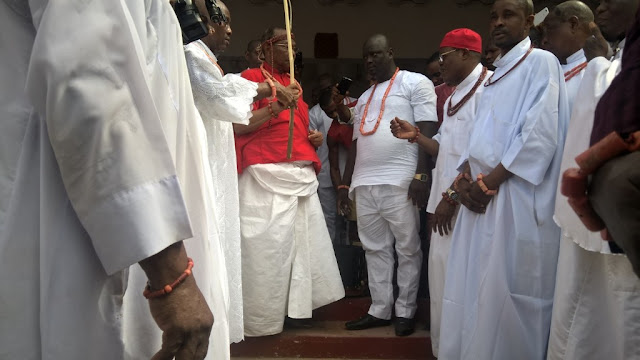 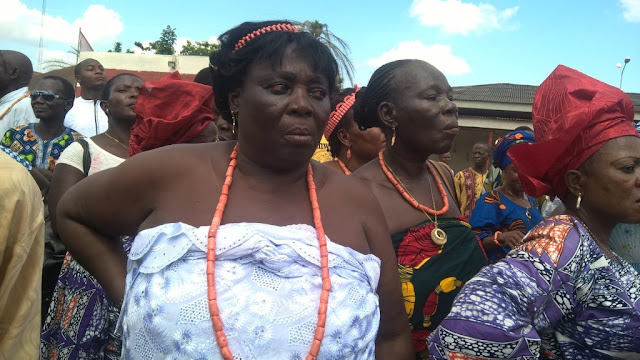 Erediauwa 1 ascended the throne of his forefathers in March 1979.