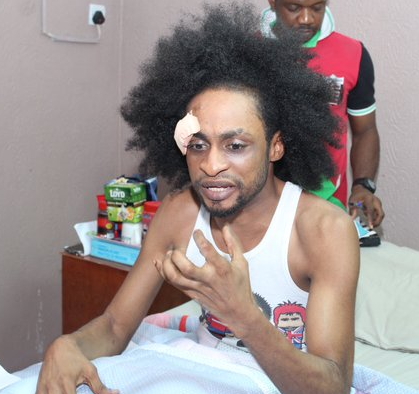 April 30, 2016 – Denrele Edun Narrates How A Nollywood Director ‘Attacked’ Him On Movie Set

In a recent chat with TS Weekender, controversial OAP Denrele Edun was asked to clarify if his viral injury photo was real or not.

“It was actually real. We were on set and my director pushed me too hard. I fell on a rod and it injured me. I decided to be calm because I saw that people felt it was the end of the shoot.

It was my first scene that day and I had not collected my money. There was a lot of fear because it was so close to my eyes and blood was gushing out. 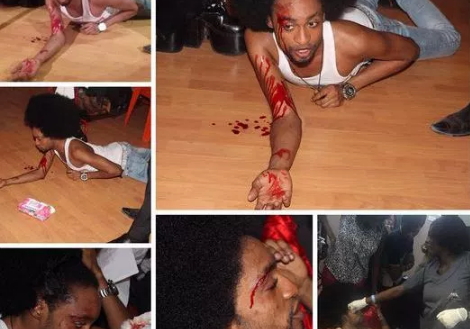