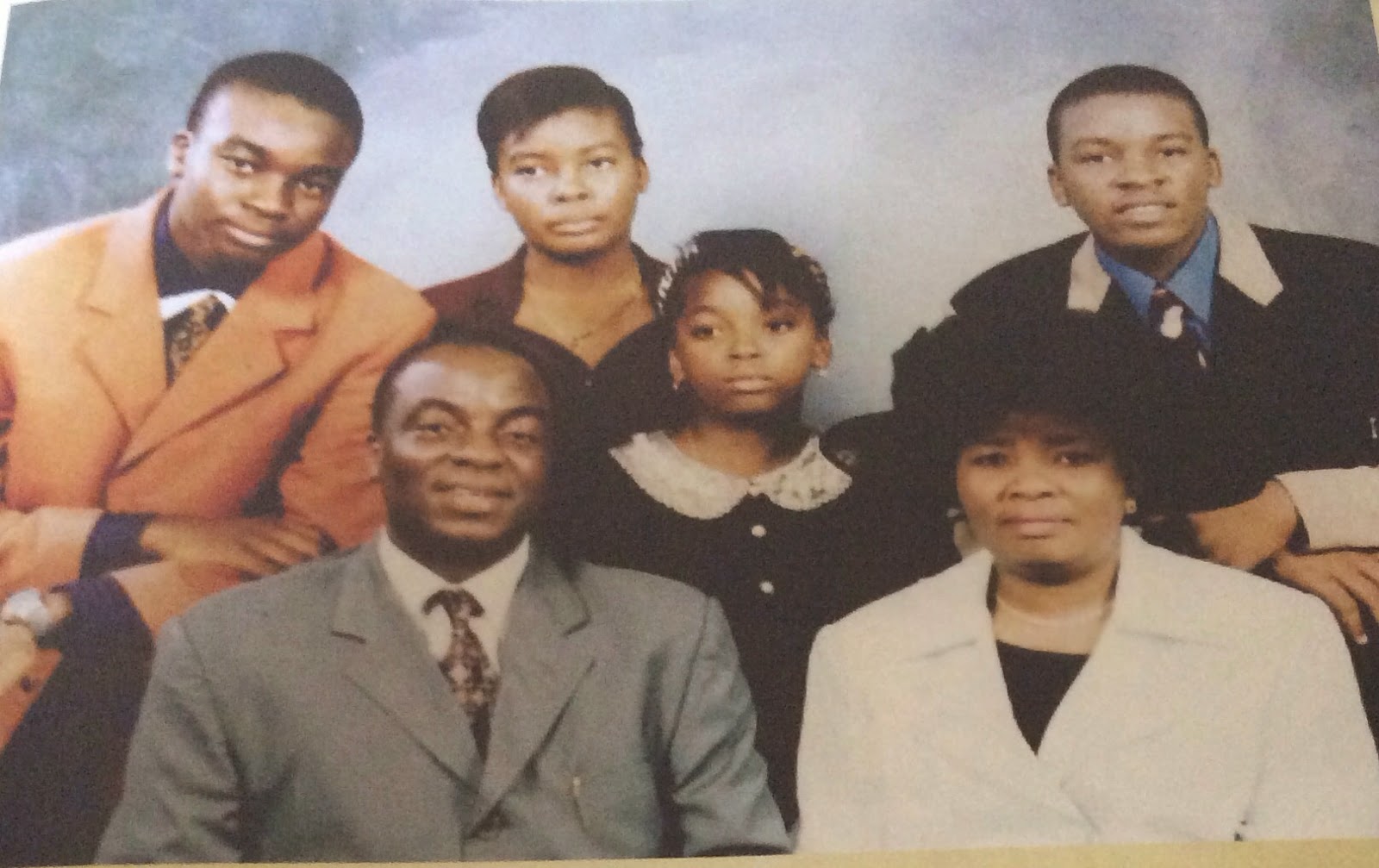 I received the wisdom for a happy family life from God, even before I was married. These truths, I teach my congregation as often as I have the opportunity, which I have also packaged in a book, Success In Marriage, co-authored with my wife. I am fond of saying, “Even if I am married to the devil, he would have been converted.” My family life is so peaceful, settled and enjoyable. My wife, Pastor Faith Oyedepo, is fond of saying, “If there is anything called another world. I would still be married to my husband in that world.” Our children also love and are happy to be with and around me.

I create time to be with them and up-to-date with all their activities and development, in spite of my busy schedules.

A pastor, who once went on a trip with me when my children were still young, returned to say how he learnt a very valuable lesson from me on that trip. My children were to start their exams that week, and because I wasn’t home with them, I called them up on the phone to speak with and pray fro each of them. This act left a lasting impression on the pastor. I create time for recreation for my family; not just with my biological children, but also with my numerous adopted and foster children. 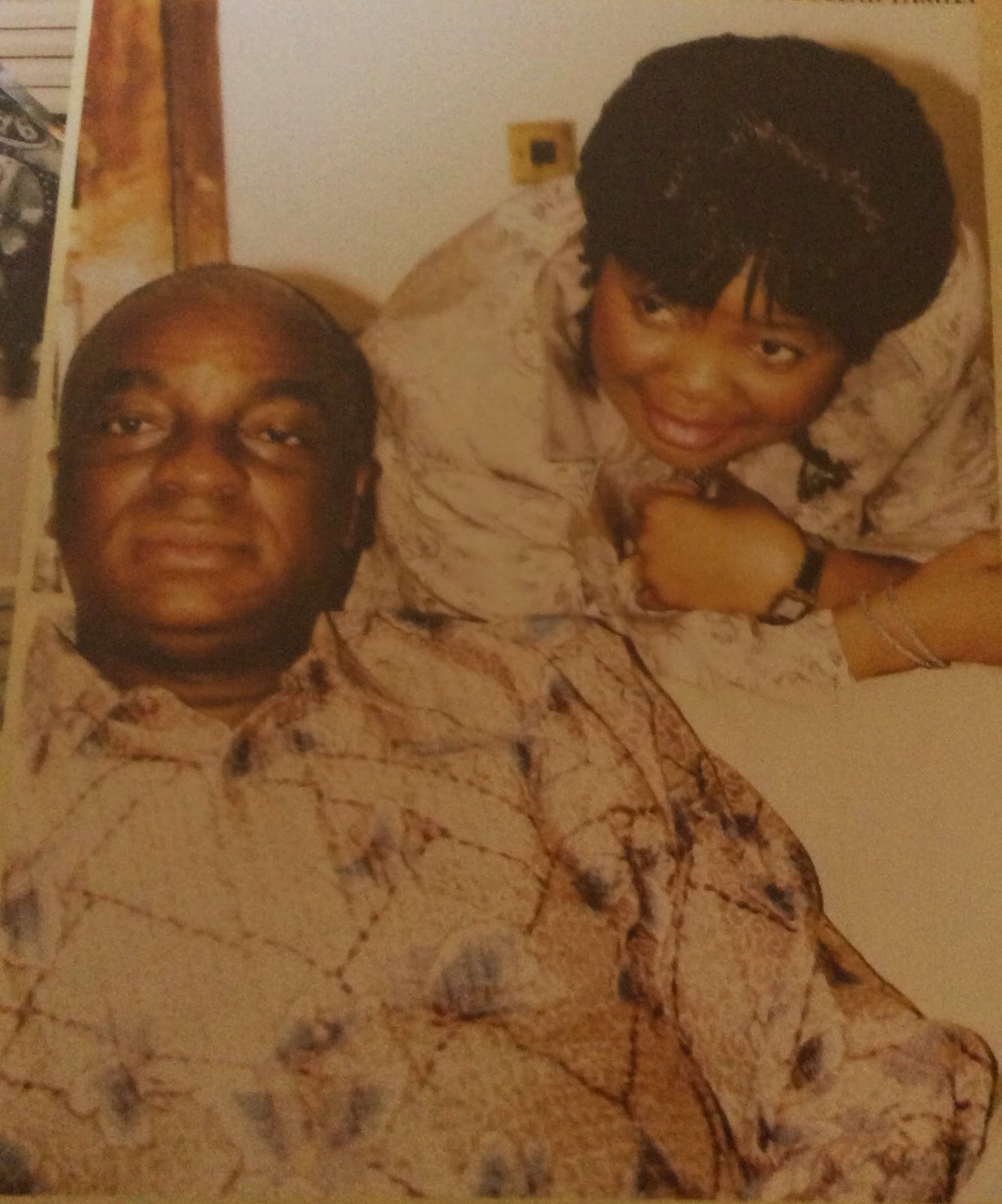 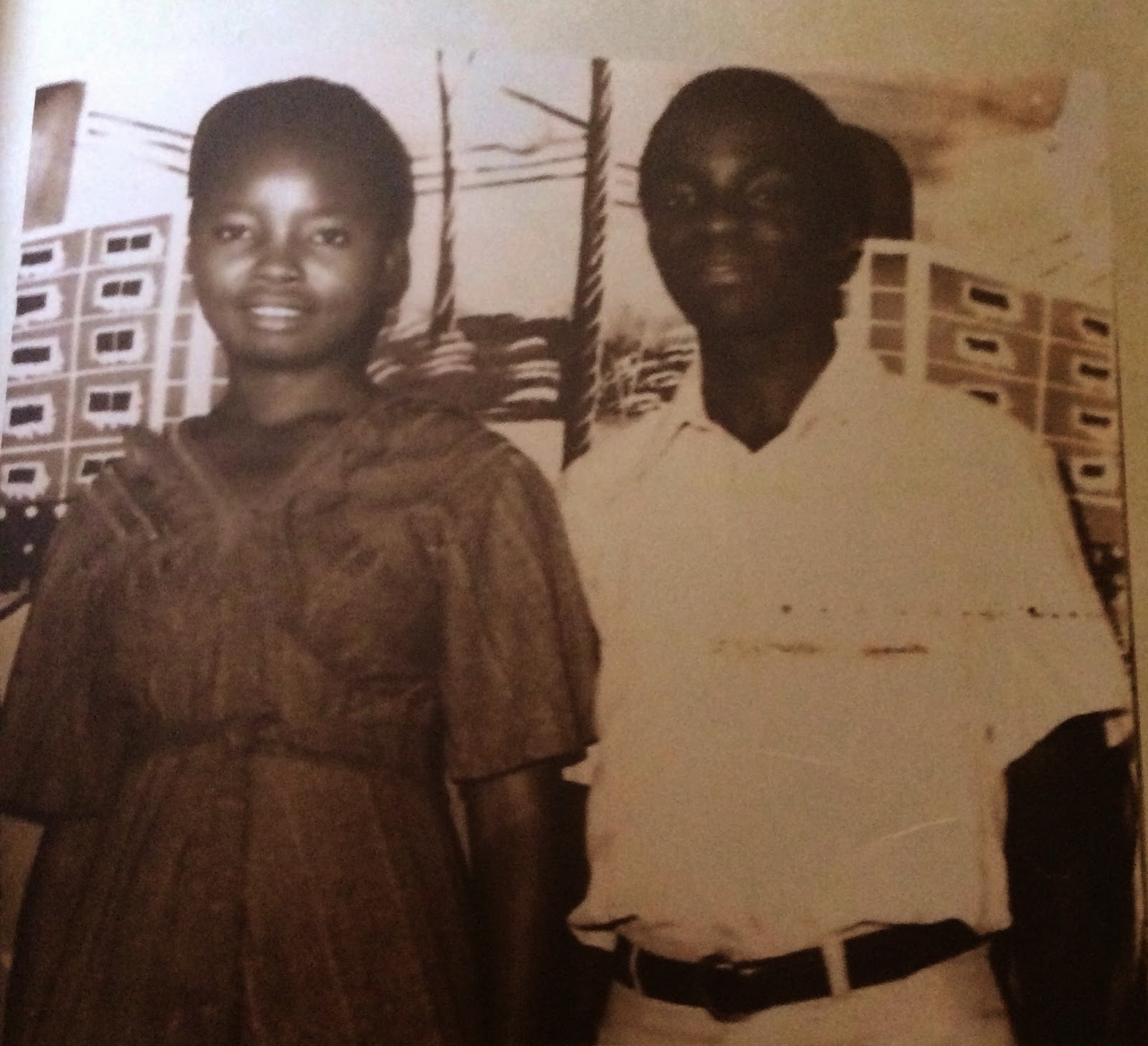 Our covenant marriage, which has enjoyed maximum peace and has served as a model home for thousands today, came to fruition by divine direction and resolution, based on a diehard stand on God. God was the number one and the last in consideration of anything. A paper was signed by us even before we came together as husband and wife. Our union was one made in heaven and consummated on earth.
Our home is blessed with children, children-in-law and grand-children. 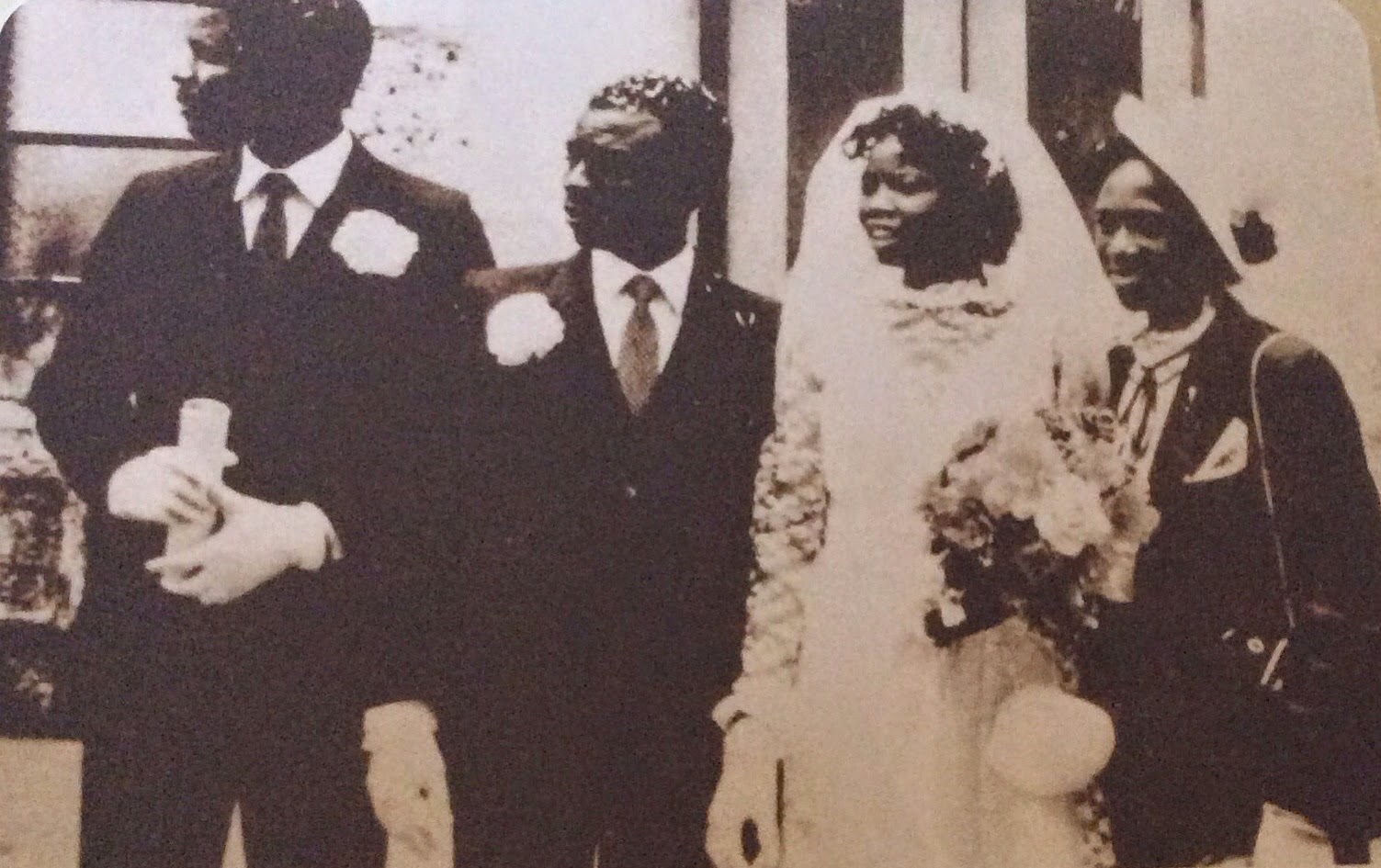 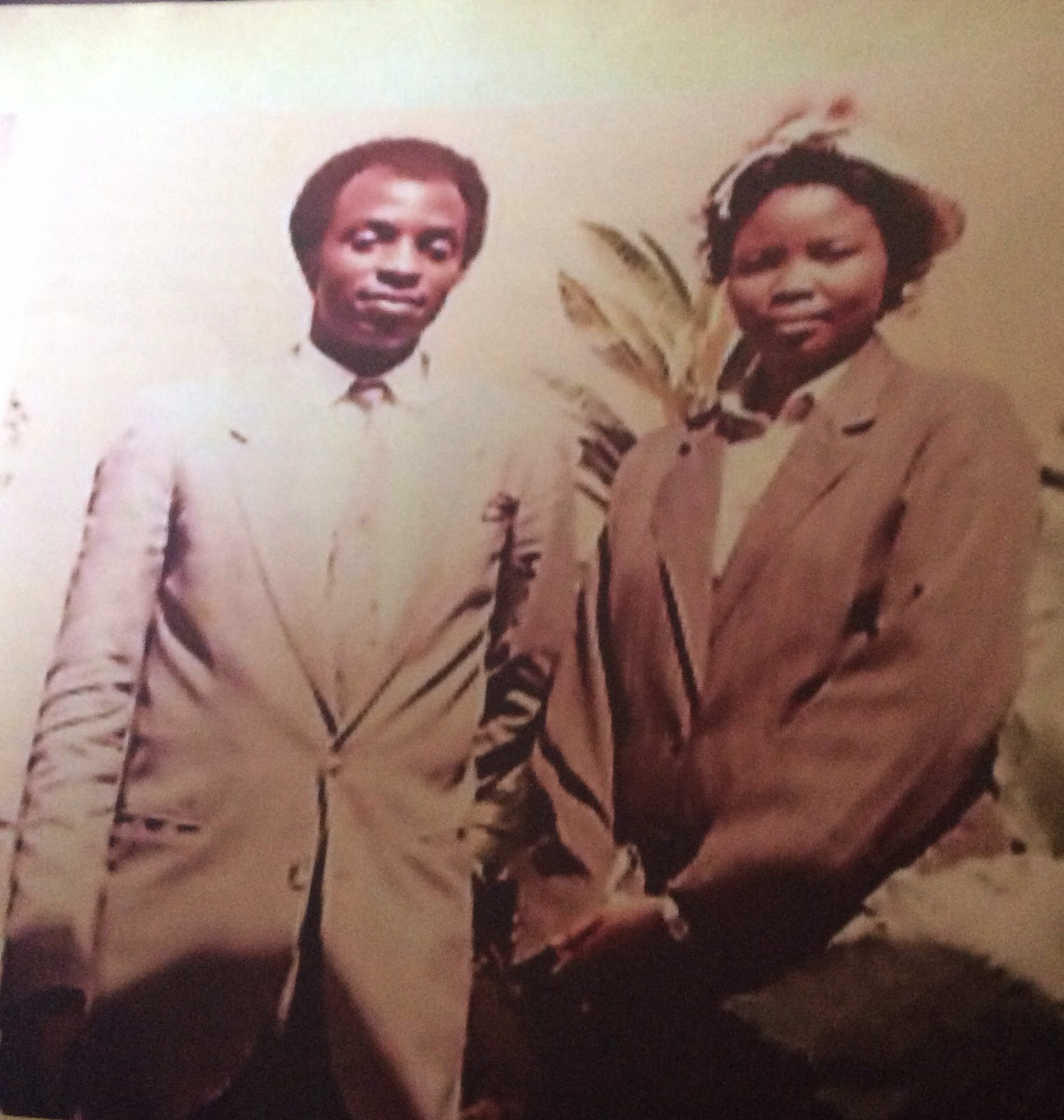 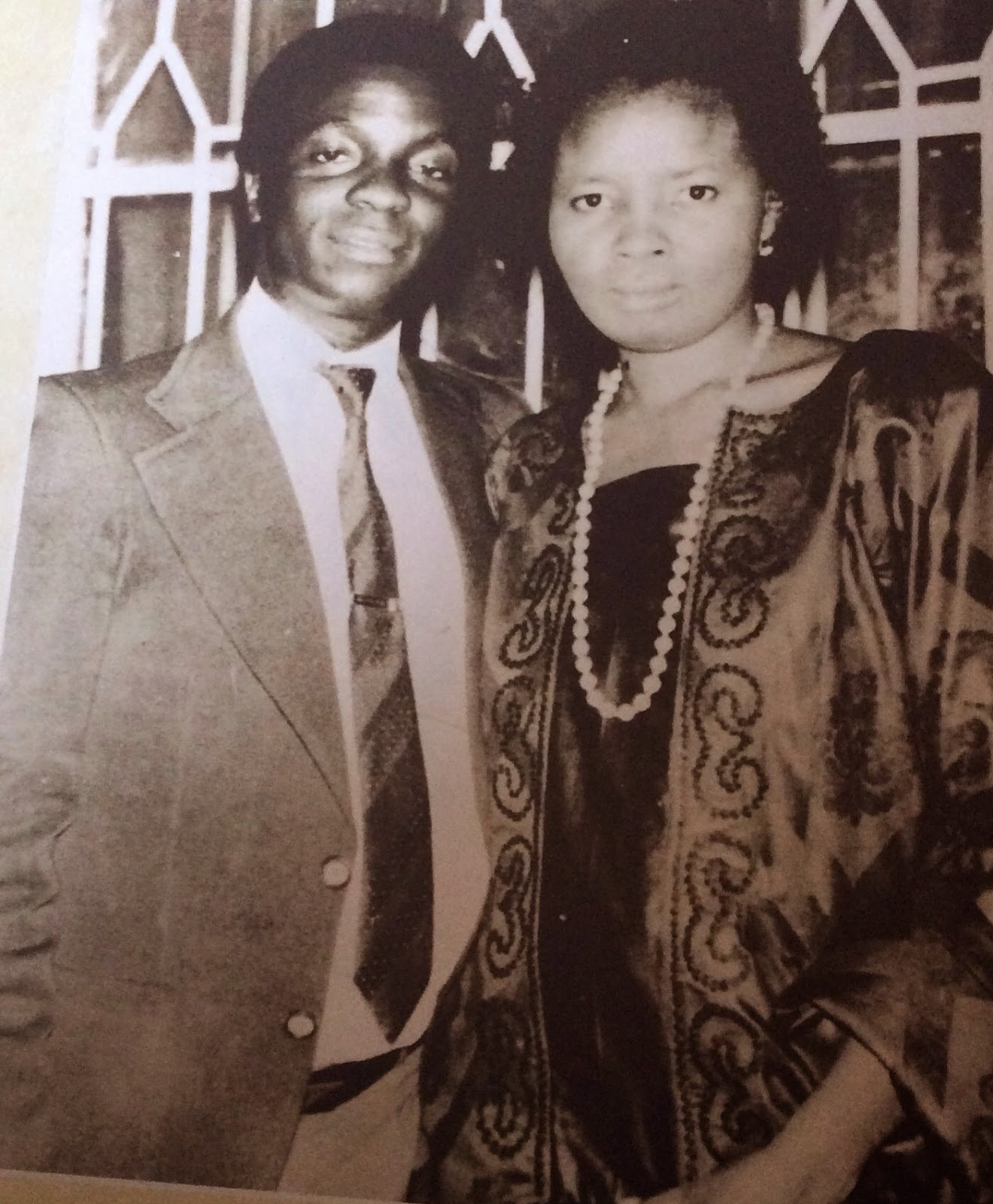 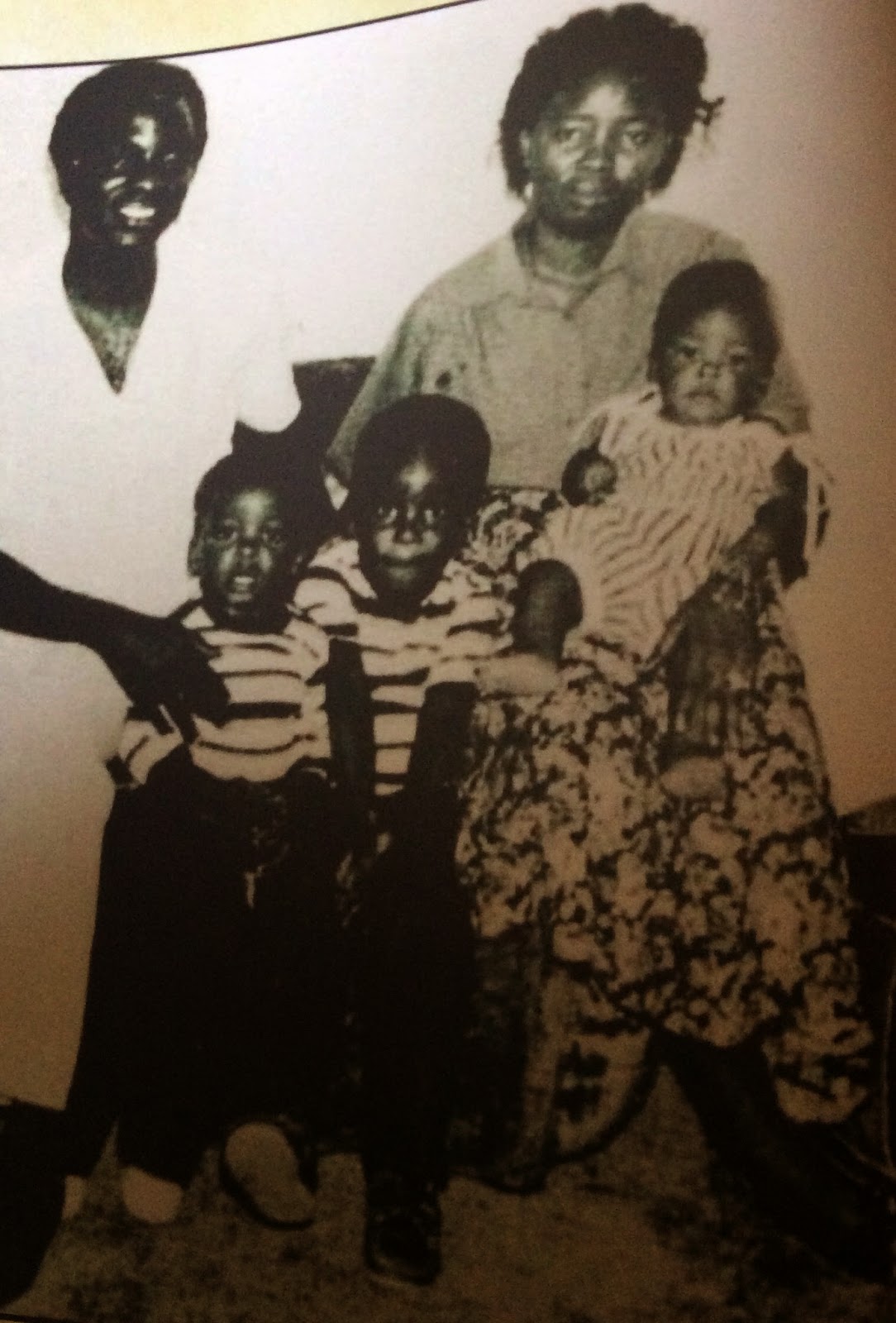 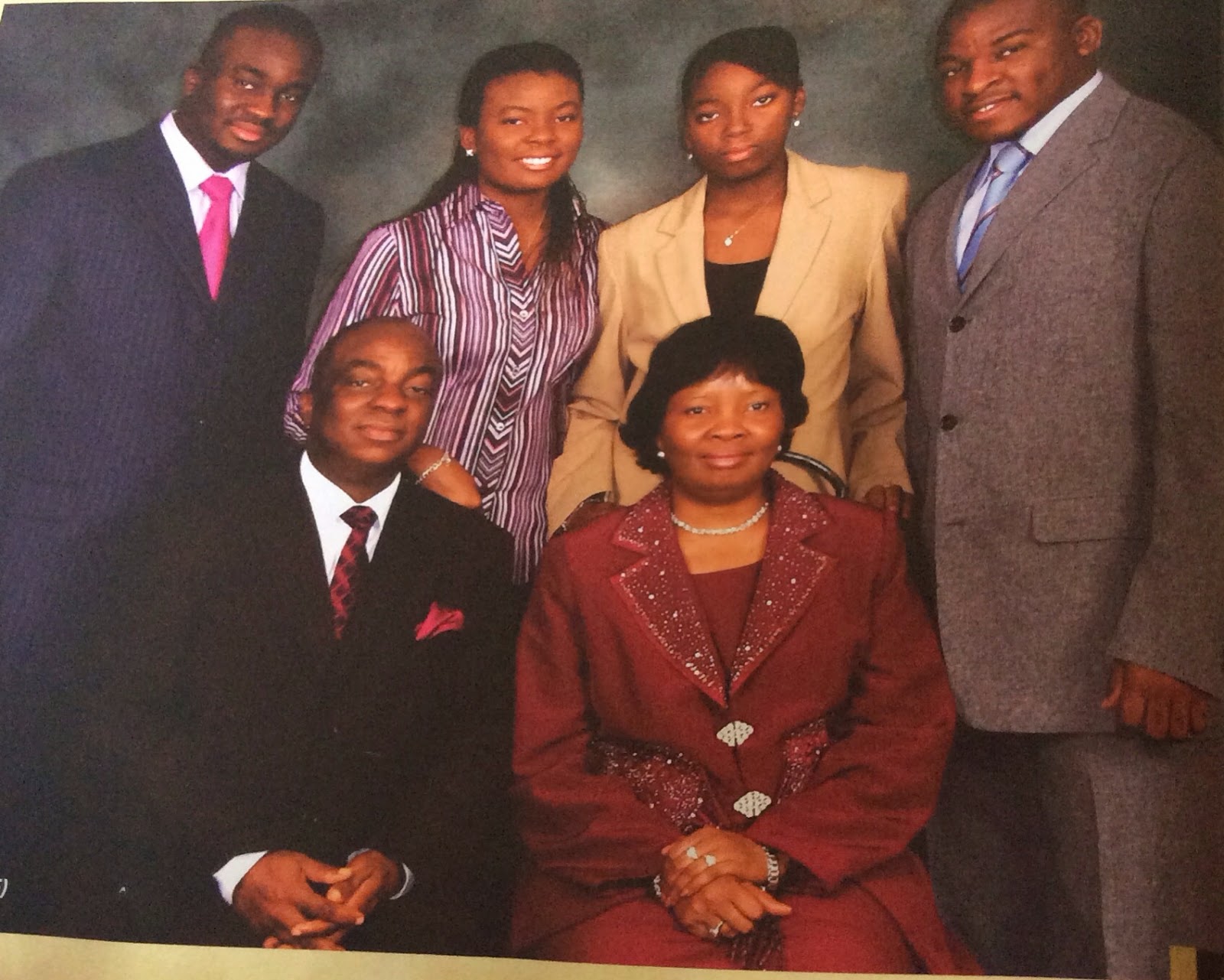 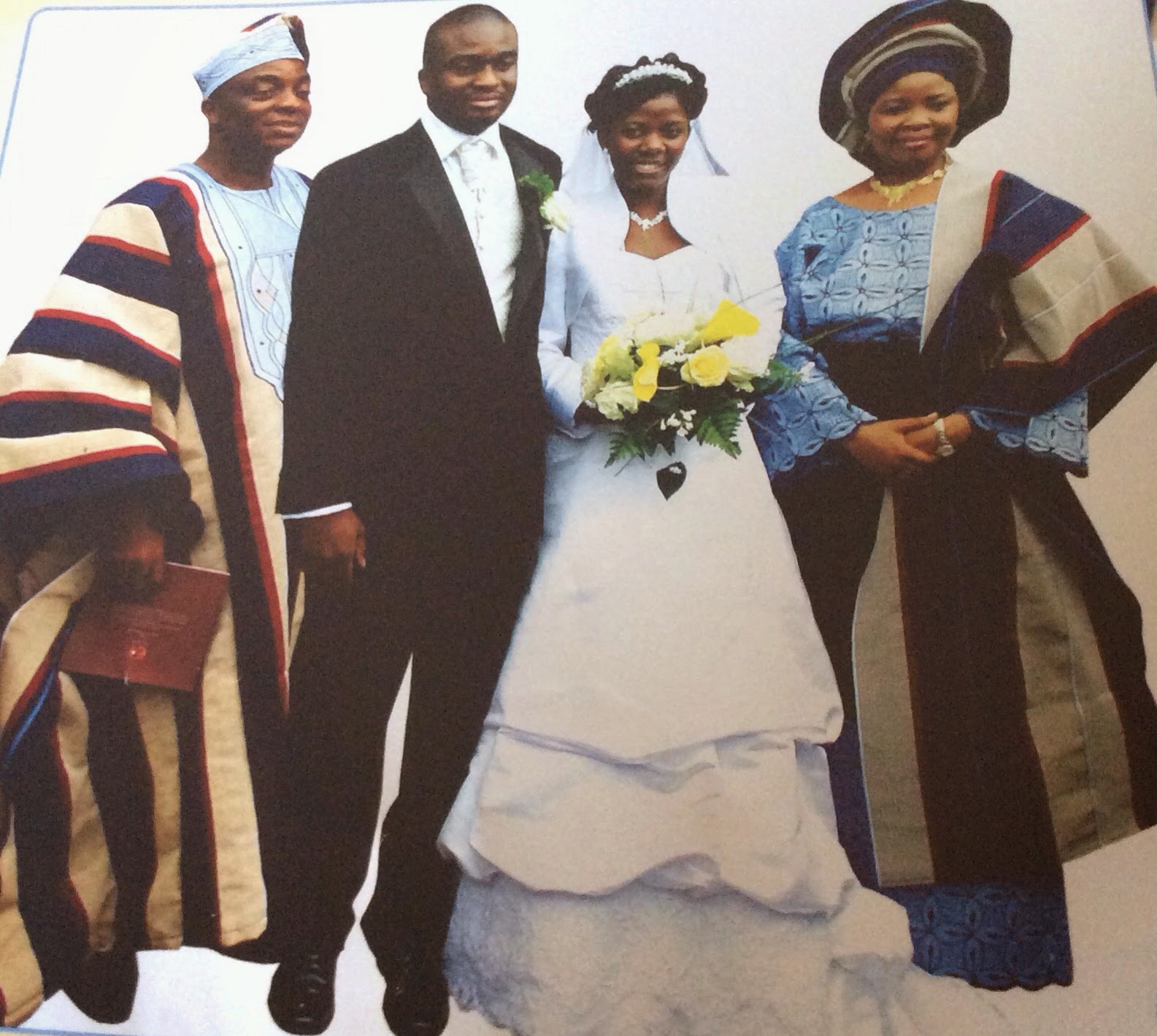 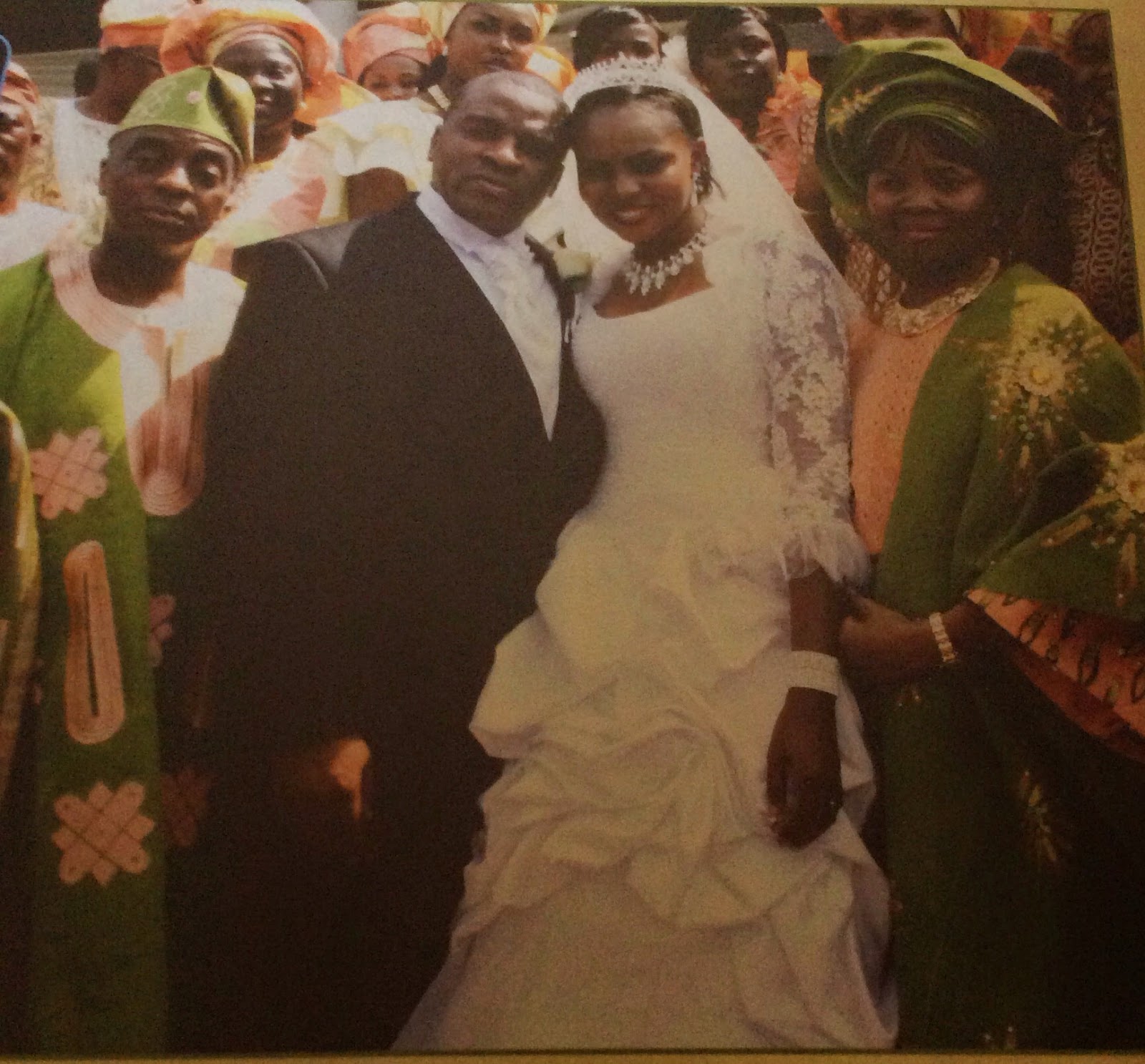 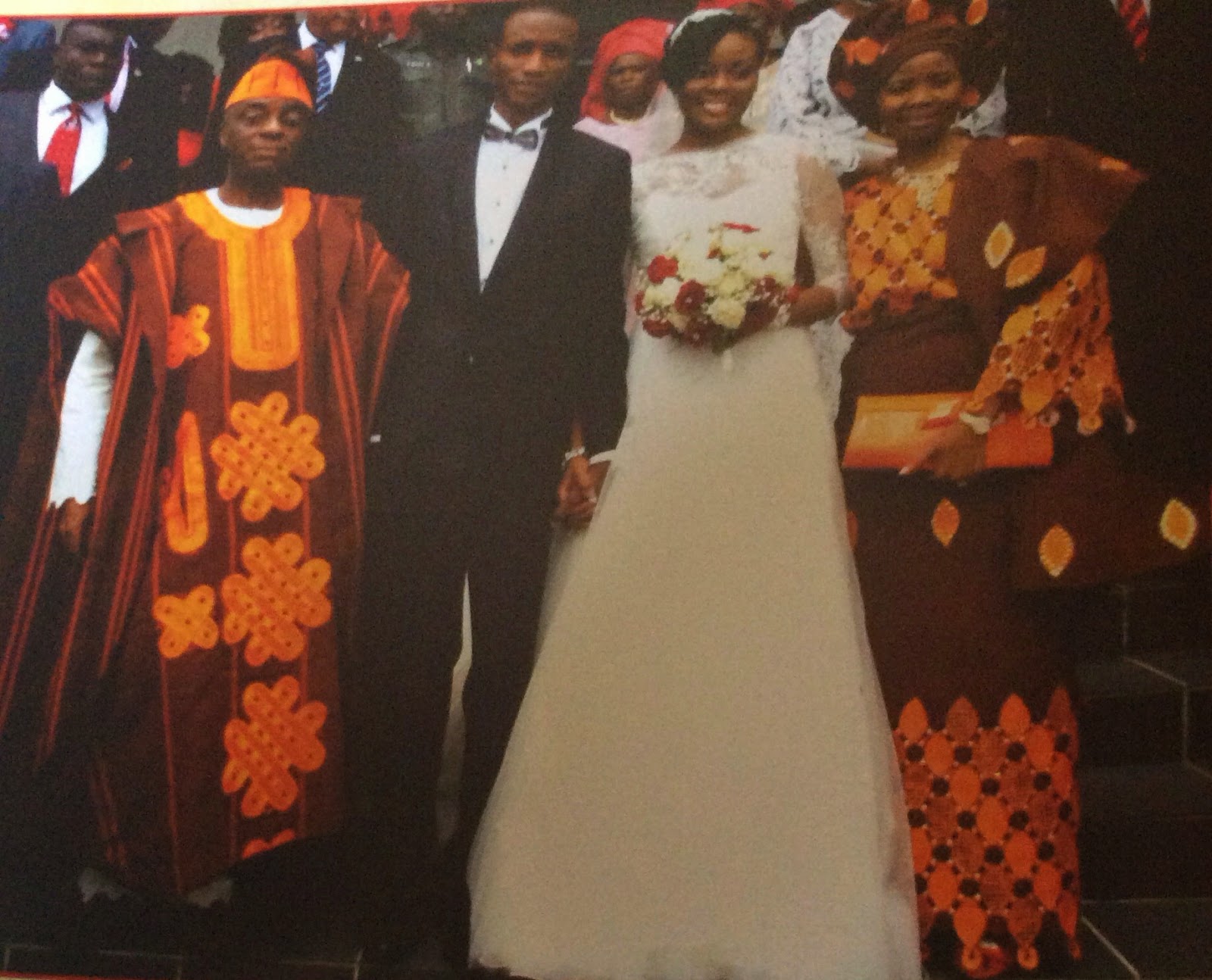 THE HUMBLE BEGINNING AND CALL INTO MINISTRY

On May 1, 1981, I travelled to Ilesha, Osun State, Nigeria, to visit a friend. I was desirous to see him, as he had just gotten married, and I wanted to see how the new family was faring. I got to Ilesha only to discover that the family was away on weekend. They had left a note on the door saying so. Rather than be disappointed, something gracious came out of my mouth, and I said, “All things work together to the advantage of them that love the Lord.” (Romans 8:28)
As I turned back, with the immediate option to go see other Christian friends in town, THE HUMBLE BEGINNING AND CALL INTO MINISTRY

On May 1, 1981, I travelled to Ilesha, Osun State, Nigeria, to visit a friend. I was desirous to see him, as he had just gotten married, and I wanted to see how the new family was faring. I got to Ilesha only to discover that the family was away on weekend. They had left a note on the door saying so. Rather than be disappointed, something gracious came out of my mouth, and I said, “All things work together to the advantage of them that love the Lord.” (Romans 8:28)
As I turned back, with the immediate option to go see other Christian friends in town,

I was directed to a hotel called, “International Hotel,” at Ilesha (now known as Lakson Hotel). It was not very comfortable, and in fact, I reacted to this “half-star” hotel. But I knew I had to be there. As I knelt down to thank and worship Him in the hotel room, I had a divine visitation. It was an eighteen-hour-long vision that lasted till the following day.
I saw a line-up of the afflicted and oppressed, rows of the blind, the lame, the wretched, and the battered and beaten. I saw all kinds of deformities, that I was greatly upset. I heard their groaning as they filed past me. Their groaning was so intense that I could almost feel their pains.

I could not help it, and so I began to cry and sob along with them. “Lord, what is this?” I asked. I heard God say to me, “But from the beginning it was not so.” I broke down the more in tears. In the midst of my sobbing, I heard God say distinctly to me:

“But from the beginning, it was not so. And now, the hour has come to    Liberate the world from all oppressions of the devil, through the

preaching of the Word of Faith; and I am sending you to undertake this task.”

My sobbing became even more intense, as I asked the Lord, “Lord, why me?” I had always thought I would remain in the Helps Ministry, where I would be a blessing to the kingdom through my giving and services. I arose from the eighteen-hour long vision fully persuaded of God’s call upon my life.
This is what is today known as ad called the Liberation Mandate.
God’s plan was divinely unveiled to me through this Mandate, which had given birth to this global Ministry. I then spent the next few days in analyzing the content of the vision and to understand its demands, so I would know how to pursue and fulfill the vision.

. The task: To liberate mankind from all oppressions of the devil.

. The target: The world

.The tool: Through the preaching of the Word of Faith

This Commission is clearly a Word of Faith Ministry.

I got to work immediately, and by May 8, 1981, a number of fellow believers were invited to a vision-sharing meeting at one of the lecture rooms of the UMTC in Ilorin. It was this group that evolved into what was popularly known as the “Power House”

Prayer was the primary function of the Power House. The members, who were mostly university undergraduates, were divided over each day of the week, where each one prayed down the hand of God in the pursuit of the mandate. The Power House met thrice annually at camp meetings, apart from the extra-ordinary meetings that could be called for at any time. The camp meetings held in April, July and October.

Interestingly also, the Power House comprised several units such as the Directorate (the administrative department), the Camp Control Unit (responsible for camp meetings), Press Division (responsible for sending inspirational articles out to members of the Power House) and the Prayer Tower. There was also the Estate Division (to spiritually watch over envisioned estate division of the Ministry), the Missions, Exploration Unit (had spiritual responsibility over the envisioned foreign missions endeavours of the Ministry) and Equipment and Engineering Services Department.

From the first meeting of May 8, a clear directive was given to embark on a weekly teaching Ministry as soon as a suitable location was available. This led to the birth of a weekly teaching programme called, “The Faith Liberation Hour” in Ilorin on May 29, 1981. It held at the ecwa Youth Centre Chapel.

The fellowship began to grow with abounding testimonies, “Faith Lib”, as it was popularly known then was fast becoming a household name. Shortly, a monthly weekend seminar was introduced; and this continued to boost the impact of the Ministry in the community.