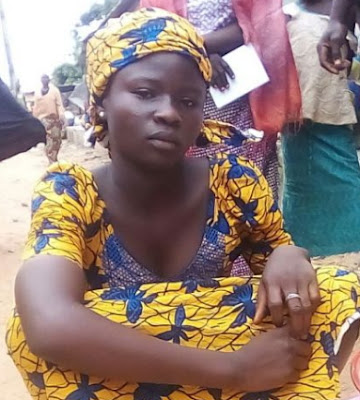 See photos from the scene of a mysterious healing cross that appeared on ground near the Central Mosque of Assakio in Nasarawa state on the 28th of September 2016.

As earlier reported, 15-year-old Muslim teenager, Hajara Hussaini saw the strange cross while playing with two other girls and since then, fanatics have been pouring sand on the site to cover up the mysterious cross which kept reappearing.

See photos of curious residents at the scene of the cross.. 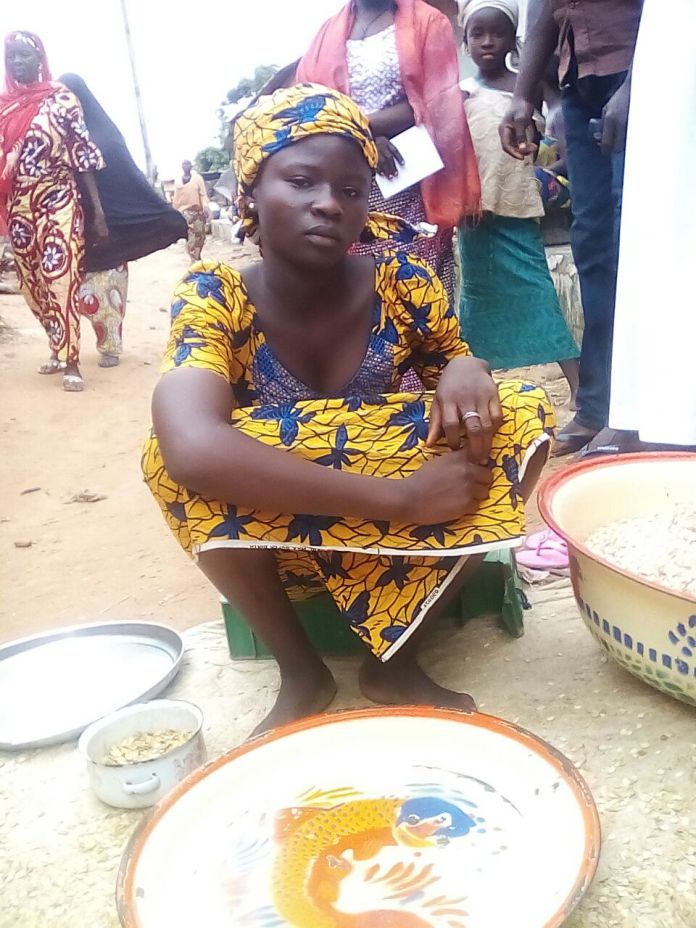 Pictured above is Hajara, the girl who first saw the cross 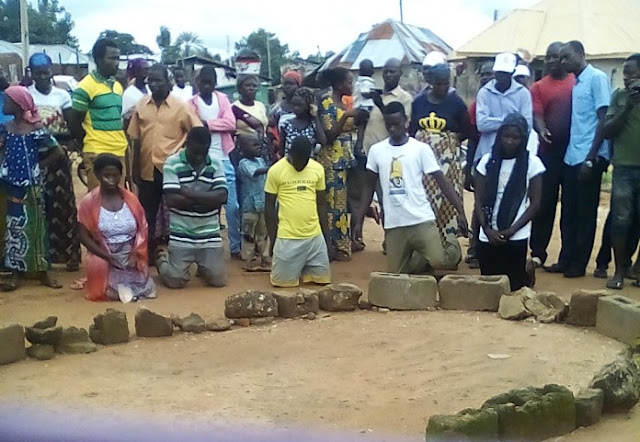 While others watched in awe, Catholic faithfuls were seen praying at the scene of the mysterious cross. 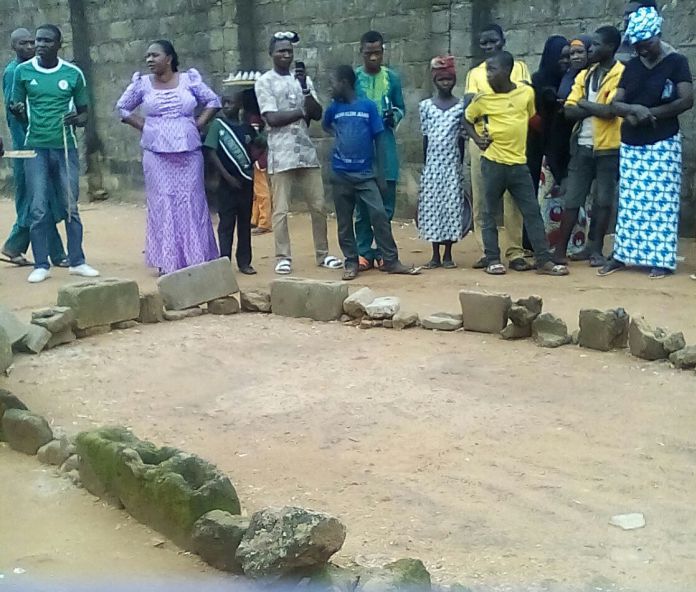 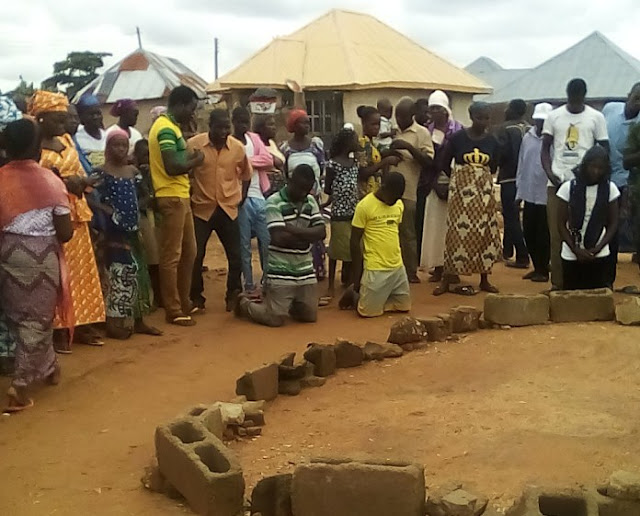 Photo: Muslim Girl Who 1st Saw Crucifix Near Nasarawa Mosque Dragged Away By Family
In Pictures: Mercy Aigbe Gentry Goes Casual On The Streets Of London