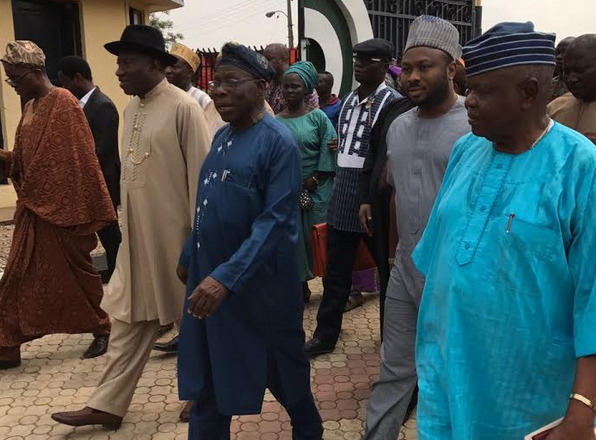 They were said to have flown into the village in a chartered helicopter at about 11.30am. Also spotted in the entourage of both former presidents was Nollywood actress Tonto Dikeh’s husband, Chairman of Big Church Group, Dr. Olakunle Churchill.

It was not disclosed ‎in details his mission in their midst but Obasanjo and Jonathan spoke alone behind close doors for over 30minutes. 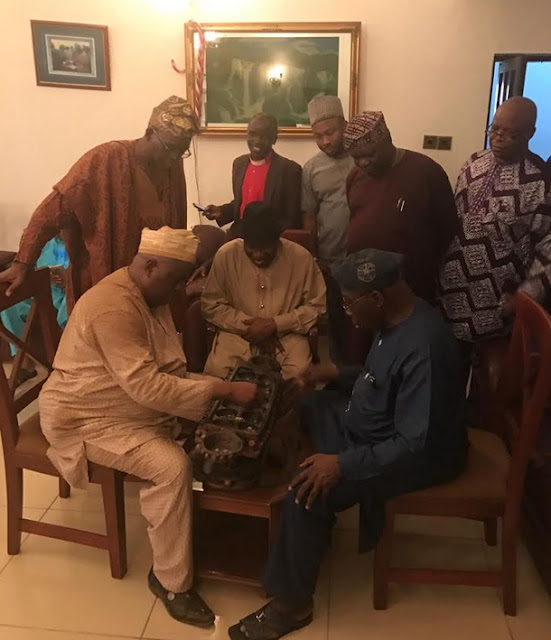 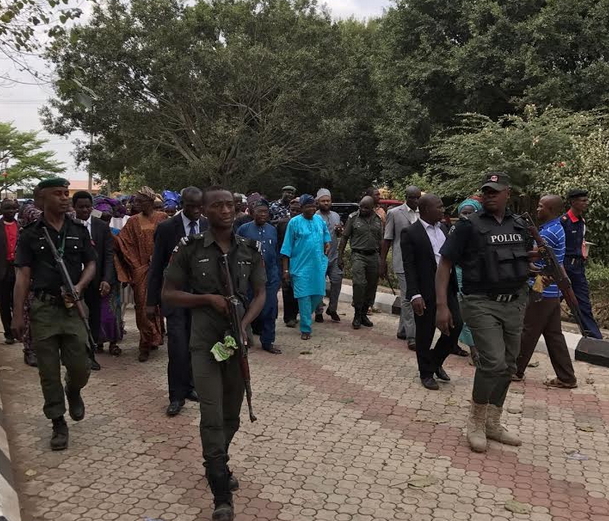 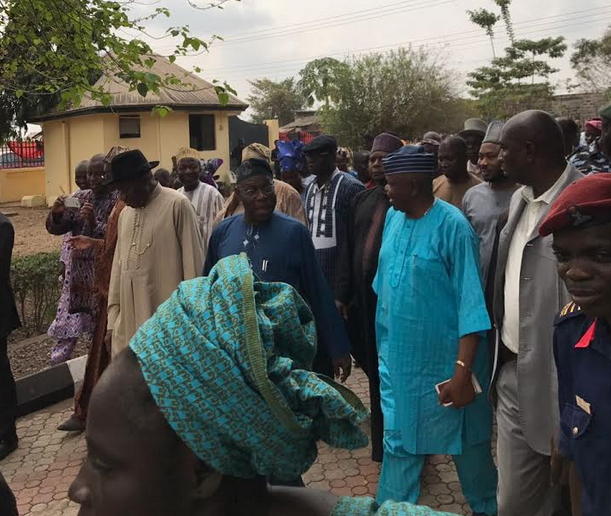 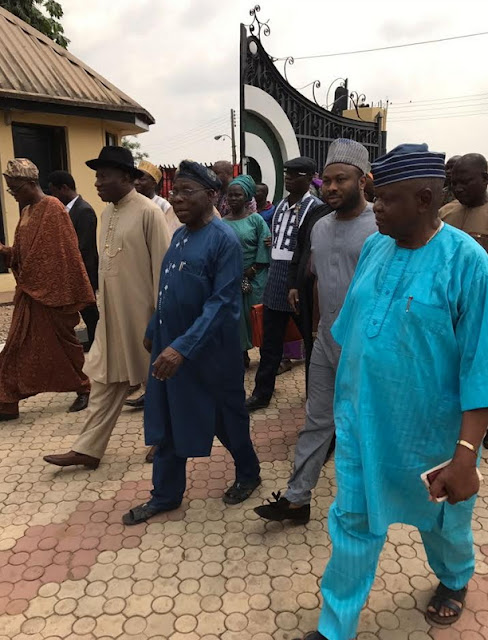