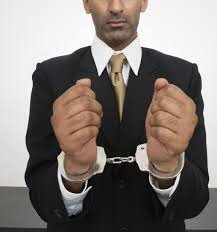 A Dubai-based Indian national, Mohammed Shazul has been arrested by Nigerian Police for allegedly procuring a Dubai visa using a Nigerian man’s name without his consent. Sources close to Federal Criminal Intelligence Investigation Department (FCIID) Annex, Alagbon Close, Lagos, made the disclosure to the News Agency of Nigeria (NAN) on Thursday.

The source said that operatives from the FCIID arrested Shazul after a petition by the Nigerian, Mr Ayodotun Babalola, to the police authorities.

It said the Indian, Vice-President of Fast Logistics Solution Group, an air cargo company based in Dubai was arrested at the Murtala Muhammed International Airport, Lagos on Monday on arrival from Dubai.

“When the Inspector-General of Police got the petition dated Aug. 19, 2015, he sent it through the DIG, FCIID to the “X’’ Squad Annex, Lagos for investigation.

“The operatives have been on the trail of the suspect and others involved in the crime. After his arrest at the airport, he put up a call to the EFCC operatives, who after speaking with police told him to follow the operatives to Alagbon,” the source said.