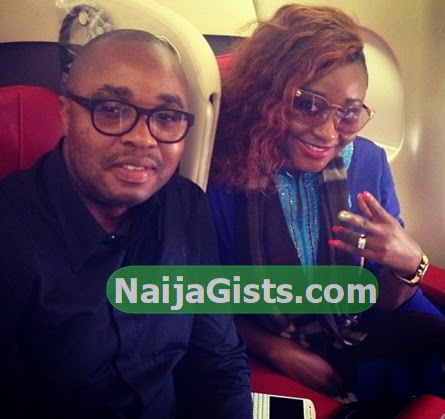 Sept 30, 2014 – Ini Edo’s Marriage Has Ended: Nollywood Actress Breakup With,  Divorced Husband After He Requests Bride Price Refund From Her Family Over Cheating

Ini Edo Allegedly Cheated On Her Husband With Lekki Big Boy, How New Boyfriend’s Lover Beat Her Up

It is official, Nollywood actress Ini Edo’s marriage of less than six years has packed up.

Beautiful Ini and her US-based husband Phillips Ehiagwina have called it quit over serial cheating and infidelity scandal that has been rocking the marriage since late 2011.

According to fillers in the entertainment industry, Ini Edo who has been in a long distance relationship with her hubby since they got married in November 2008 found herself a comfortable man in Lekki whom she secretly eloped with in 2011.

Her husband got to know about the whole mess when he placed her on surveillance back in June. Eagle eyes who have been seeing the actress with her secret boyfriend confirmed the report to her hubby and he allegedly called the relations of Ini Edo and requested that they pay back the bride price he paid on her.

The development angered Ini Edo who reportedly ordered her lawyers to begin a divorce proceedings immediately.

Meanwhile, reliable sources said some Lagos big girls beat the actress black and blue few weeks ago in Lekki when one of them accused the actress of snatching her man.

This is the same Lekki big boy Ini Edo had been dating since 2011.

One of the ladies who assaulted Ini Edo simply identified as Lewa told the actress to leave her man and face her marriage not knowing that the marital union between the Nollywood fine girl and her husband has already packed up.

Despite all their efforts, Ini & Phillip’s marriage did not produce a child since 2008. She has had two miscarriages in the course of her marriage.

She has since removed her hubby’s pictures from all her social media profiles.

May God guide them aright.