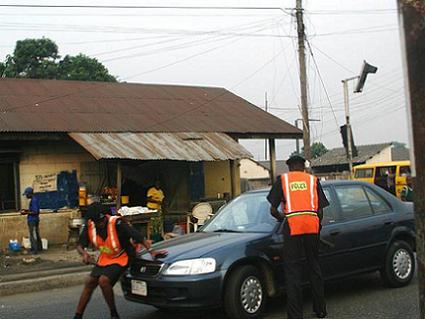 Three policemen, including an inspector, have been arrested. The deceased’s remains have been deposited at the State Specialist Hospital, Akure.

Omolo reportedly died in the custody of the Special Anti-Robbery Squad (SARS), Oda Road, after being “detained and tortured for four days”.

The source said Omolo asked the driver to move his vehicle but instead of obeying, the driver-policeman beat up the victim.

“The situation took another dimension last Friday when some policemen attached to SARS came to Amudipe Street and started arresting people in the area.

“The victim was later arrested by six policemen and taken to their station.

“On getting to the station, the policemen in charge demanded N150,000 for his bail, which symphatisers could not raise.

“On Tuesday morning, the branch chairman of his garage, identified as Mr. Muyiwa, raised N100,000 for his bail but on getting to the station, the man was found dead.”

The deceased’s family refused to speak on the matter. They said the commissioner of police had invited them to his office to discuss the matter.