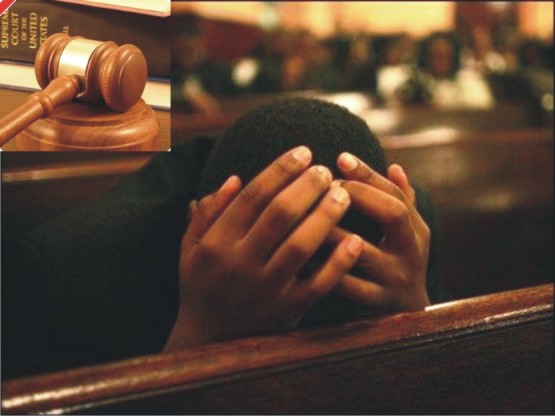 An Ojo Magistrates’ Court in Lagos, the commercial capital of Nigeria has sentenced a pastor to six months imprisonment for failing to produce a defendant for whom he stood as surety.

The Magistrate, Mr T O Shomade, also ordered that Mr Anayo Ugwuma, the pastor, should forfeit a bail bond of N50, 000 he entered.

The magistrate directed that the money be paid into an interest yielding account to be specified by the court’s chief registrar.

Shomade held that the surety should serve the jail sentence while the bail bond was being liquidated.

The pastor was charged with failing to produce in court, a defendant, Charles Nwaeze, for whom he stood as surety on April 11.

He, however, pleaded not guilty.

The prosecutor, ASP Friday Eze, told the court that Nwaeze, an electrician, was charged with maliciously damaging a building of one Mr Luke Ukekwue.

He said that the electrician, a resident of 46 Ojo- Igbede Road in Ojo, damaged the property worth N50, 000 in contravention of Section 337 of the Criminal Code, Laws of Lagos State.

The prosecutor said that the electrician pleaded not guilty to the charge and was granted bail in the sum of N50, 000 with one surety in like sum.

He said that when the case came up for mention on Sept. 12, both the surety and the electrician were absent in court.

The prosecutor said that the court then issued a bench warrant for the arrest of the surety.

Eze said that the surety claimed that the electrician travelled without his knowledge and that he could not come to the court without him.

He said that nothing had been heard from the electrician till date and that he switched off all his telephone lines.

The prosecutor said that failure of a surety to produce a defendant in court contravened Section 132 of the Administration of Criminal Justice Laws of Lagos State. (pmreports)

Is this verdict too harsh?