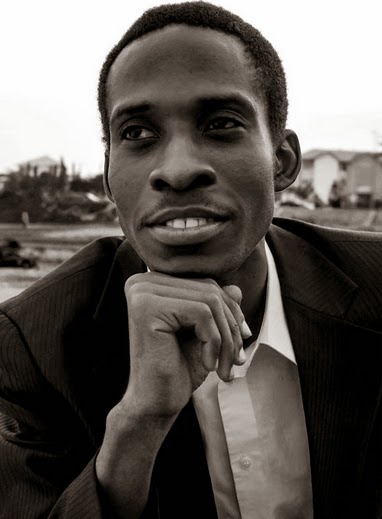 When an eagle takes on the sky, cleverly maneuvering its way, soaring across the sky in moves that make complete mockery of the best wings ever designed by the brightest aeronautic brains, you cannot help but marvel. The feeling that flood your soul may not be any different from pure astonishment when you stand in front of an aquarium and watch a dolphin display such wondrous cunning and flexibility in navigation that the best of submarines cannot bear comparison with. But imagine for a second how the best of efforts of an eagle to stretch its wings would turn out, if only it was done in water or the dolphin if only all its effort is being thrown at the winds.

Today, everybody is busy, doing one job or the other; there’s no problem with that. Where the problem lies is that many Dangotes are busy working in banks. Many Jimoh Ibrahims are real busy complaining that their salaries do not come in a timely fashion in the various state and government establishments where they work.

How will they rise beyond the fog of mediocrity they called their job and take their rightful place? An eagle can no more soar in water than a stone can float in it, neither can the ingenuity of a fish avail for it the day it is withdrawn from water.

Some years back, Chimamanda Adichie got admission into a university. As a young lady she was very brilliant but as was the norm in the time in which she grew, in this side of the Sahara; a parent had somewhat a great degree of influence on who their ward get to become, the course they study, who they get to marry and the like. So she found herself enrolled in a university, studying a course to become a person she knew too well she wasn’t.

She had already authored articles that were hard to ignore, for magazines and so on, and was convinced that she was a writer but here was she studying to become a medical doctor. After a few dozen months, when her heart could not rest, she began applying for scholarships to study her dream course and eventually one of those went through. The rest is history. I can imagine a medical doctor Chimamanda Adichie, yes she could be brilliant, skillful, ingenious, able, adept, efficient but when you place it side-by-side with the author she has become, the former would by no mean bear any comparison and if by any chance it excels, its fame will only be known within the very portals of her immediate surrounding and not more.

I have come to understand that the survival mode strategy which we have imbibed to survive the harsh economic climate of this sphere of existence has stripped us of the will and determination to grow into who we really are. We are more interested in surviving so we don’t give the tiniest hoot as to who we become. We could give anything to become anyone provided we survive but the regrets that beclouds our soul during our moments of loneliness would always tell us the truth concerning the difference between where we now are and where we would have become.

Had Chinua Achebe become a trader or Awolowo a tailor, both may have struggled all their lives. It may not matter how far you may have slaved in the wrong direction, as long as there is still smothering embers of hope somewhere within the corridors of your heart, you may yet return to what you know how best to do and what you have grace to excel in.

Fela Durotoye told a story once, of a high class banker who he happened-on in recent time. He had been a banker all this while, yet somewhere within the confines of his very soul he was convince beyond doubts that he was a consultant, but there is a problem- inasmuch as he loved to live his dream and calling, he was too neck-deep involved with the bank. As a priority top management staff, his cars, house and many thing were supplied by the bank and there were questions he could not lay his hands on answers for.

What will he tell his family was his reason for quitting? How will he survive, should he leave?
By the time Femi was through with his business in that man’s office, he could not hold his emotions any more than he could breathe, so he decided to act. Not many months later, Femi came across a familiar face while trying to catch a flight that came beaming with smiles of confidence and gratefulness, thanking him for giving him enough courage to pursue his long suppressed dreams- he had followed his heart and it had turned out to be a great success. Success is deliberate and is largely by choice. You may keep slaving all your life in a place you know is not your rightful place or you could plan your move,switch places, upgrade yourself, make preparations and pursue you dream and be in the place you know you are meant to be.

Let me conclude with the words of someone who has experienced it all ‘in the end, our worst regrets would be things we could have done, but didn’t do’

About the author: Ifeanyi J. Igbokwe is a peak performance expert, motivational speaker, consultant and action coach with special interest with personal and corporate growth and effectiveness. Email: ifeanyi.igbokwe@gmail.com