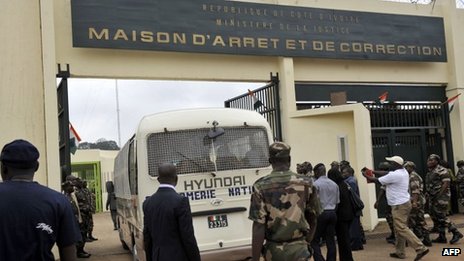 This is the first publication of our true life story series.

The month of October will forever linger on my mind, because it reminds me of the genesis of a fruitless journey which a friend embarked upon which later cost him his life. Whenever the thought of his demise crops up i always find myself  at a low ebb because he was more of a brother to me than a friend. He was the first child and the only son in the family. Him and his fiancee were planing for their wedding and i was to be his best man. His would-be-wife had just graduated as an accountant and was about going for her youth service in Niger State. Nevertheless, my friend was yet to be gainfully employed. He was squatting with someone and he works in a bakery with a meager salary of N17,000 per month just to eke out a living. “Can you imagine?” Someone who made a second class upper in Geology from an elite Nigerian university working as a bread mixer, “It’s so ridiculous”. For years he has searched for job in relation to what he majored in all to no avail. The only opportunity that came that he would have wrapped up wasn’t successful, not because he was not fit nor because his resume was unsatisfactorily, but just because he couldn’t afford the N100,000 which the person in charge of employment demanded from him as bribe before he could get the job.The only asset the indigent family had, a piece of land has been sold to train him in school.

The marriage plan was underway, when out of the blue his friend who was based in oversea breezed into the country. He has become a “nouveau riche” and was living ostentatiously. He bought an exotic car and was building a house. When my friend met him for financial assistance to enable him establish his own bakery business he declined. However, after much entreatment he only gave him N5,000. He further told my friend to forget about getting married for now, that it is better to make money first. He said he would teach him how to fish rather than give him fish to eat. He sweet-talked my friend into traveling abroad with him, he gave him the assurance that within six months he would be counting millions of naira. When my friend told me about it, i oppossed the idea, and i warned him but he wouldn’t listen, neither did he gave ear to his fiancee’s advice who never supported it in the first place.This time my friend was overwhelmed by the notion of getting rich overnight. His passport was processed, but he never saw the German visa which his friend told him he had procured for him not until they got to the airport there he discovered that what was in his passport was Pakistan Visa. When he asked his friend about the development, he told him that when they get to Pakistan they will apply for German visa and that it was difficult to obtain it in Nigeria. Been a new kid on the block, he was so naive to ascertain the truth.

However, it was when they got to Islamabad the capital of Pakistan that he got to know what he was in for. His friend told him that he has brought him to introduce him into “fast lane ” and what was it ? Hard drug business ! He made him to understand that that was what he does that fetches him money. He did not tell him the risk involved. They helped him to call his fiancee via internet call so that she won’t know where he was calling from.”Poor girl who really loved my friend.” Three weeks after a rigorous training on how to ingest pellets of heroin, he was now set to return to Nigeria. He had ingested almost a kilogram of heroin. On that fateful day he was to board with Ethiopian airline to Lagos en route Addis ababa, luck ran against him. One of the drug mule had a misunderstanding with someone in the same narcotic trade.The latter, out of rancour and envy tipped off the Pakistan narcotic police that they should cross examine all the Nigerian passport holders that were air bound that evening. When my friend got to the airport he was rounded up along side three others and they were all taken to the hospital for forensic search. They discovered that all of  them were having drug on their stomach. According to him, he said the amount of heroin you are found with will determine the number of years you would be jailed. With the connivance of the corrupt police officer that was with him, he handed the 500 dollars that was with him to the man for him to reduce the quantity that was discovered from him when filing the report. At the court he was jailed two and half years at Adiala district jail in Rawalpindi area of the country. When the news of his incarceration got to the fiancee, she almost killed herself. She cried her eyes out. I and other friends tried the much we could to make her not allow the incident to weigh her down. After sometime, she was able to forge ahead. She told my friend that she will continue to pray and wait for him. This time my friend was communicating with her on phone through a concealed network in the jail.

At the expiration of his jail term, the fiancee was looking forward to welcoming him. She has been working in a multi national company for almost a year. She arranged for an in-house party, an expensive wine was bought to accentuate the day. After all, it was worth celebrating. It was like the return of the prodigal son. While in the youth service she met someone who wanted to marry her but she refused. She do tell poeple that she is engaged and that her fiance would soon be back from abroad to marry her. During when my friend was in jail, he met quite a number of  Nigerians who were arrested with the same offence and they linked him up globally. All of a sudden, his plan to return to Nigeria took a dramatic twist, his friends adviced him not to return to Nigeria empty-handed. They said it would be shameful and unmanly for him to depend on his wife for survival. That was how my friend bought their idea and he choosed the wrong path of life that leads to destruction just like what the bible says in the book of Proverb 14 v 12 “There is a way which seemeth right unto a man, but the end thereof are the ways of death.” Instead of  him to return to Nigeria, he decided to make a trip to Cote d’Ivoire with hard drug in his possession. He was linked up with a man who would clear him at the airport and also assist him to market the stuff.

When he arrived Abidjan with the ingested drug in his stomach,after a very long journey. As soon as he disembarked from the flight, he was  picked up from the line of passengers waiting to be stamped in. To his greatest dismay, he was taken to the narcotic control room there it was dawn on him that all is not well. He made some concerted effort to get himself off the hook, but they all proved abortive. Yes ! It was a set up orchestrated by his Nigerian brother. The Nigerian man’s stock in trade is to set poeple up, when the drug is recovered, it will be given to him to sell and he will give the police poeple their own share of money in return while the victim will languish in jail. My friend was reprimanded in prison and the following week he was before the judge who hammered him ten years imprisonment with hard labour.

His fiancee did not believe it when she was called and told that her man is in jail. She thought it was a joke. It was when the caller was insisting that my friend wanted to see her in Abidjan that she became nervous. She took permission from her place of work and traveled down to the West African country. When she saw my friend her eyes was moist with tears. Her husband -to- be was no longer the man he used to be, he was just a bag of bone with white hair all over his head. When my friend told her that he has been jailed for ten years it was as if a sharp sword was thrust into her chest, she collapsed .She was hospitalized and she spent morethan a month there trying to recuperate from the shock. My friend gave her a phone number of someone in town who would help her take a very good lawyer. She met with the guy and gave him some money. When she returned to Nigeria she sent another money to the guy who told her that he had procured a lawyer who had started handling the case. By the time it was dawn on her that the man in question was a fraudster, a stranded and hopeless Nigerian she had already committed close to one million naira of which 75% of the money was loan from a bank.

In conclusion, one day my friend got a parcel from Nigeria after two years. When he fixed his eyes to know who the sender was, behold it was the fiancee who he hasn’t heard from for morethan a year. With smile on his face, he hurriedly opened the parcel to know what the content was. His thought was maybe it would be a greeting card-but it wasn’t it . The fiancee sent him a wedding card. She would be getting married to his own friend, the guy whom he was squatting with before he left Nigeria  and after their wedding they would relocate to the UK where she has been  transfered to by her company. As at this time, she was five months pregnant already. She also sent her pix with baby bump. My friend’s heart couldn’t stand the shock, he fainted and before he was taken to the hospital he died.

The reason while i decide to put this gory incident into writing is to admonish those who have been bemused with the mentality of getting rich at all cost most especially our youth. All that glitters is not gold. This is a true-life story, not fictitious nor a written script  for nollywood purpose. We should be very careful while taking decision, because our decision will invariably determine our destination. Fast lane have fastracked many poeple to their grave

About the author: Uchechukwu Caleb Obi,,,   uchechukwuobi@yahoo.com      social critic based in Europe