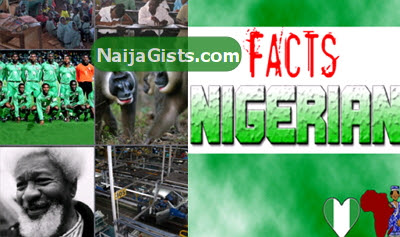 The three most popular ethnic groups in Nigeria are the Yoruba tribe, Hausas and the Igbo people.

While the world view Nigerians as controversial people, they are still the most interesting people on the face of the earth.

So without wasting your time below are the top 10 most interesting facts about Nigerians;

The facts: The Igbos and the Yorubas seem to have the greatest rivalry. The British colonialists described the Hausa/Fulani as similar to the Arabs, the Yorubas as the English men of Africa and the Igbos as the Jews of Africa.

According to historical facts, people from the Yoruba tribe are the most educated followed by the Igbos.
Igbo people on the other hands are the most innovative, go to Alaba International market in Lagos, these smart Igbo boys will make anything you want… They utilize their creative thinking to turn things around.

People from the Hausa tribe are into agriculture and farming, Aliko Dangote, the richest man in Africa is an Hausa man from Kano.

If you have any more interesting facts about Nigerians and their culture, please leave it in the comment box below…..