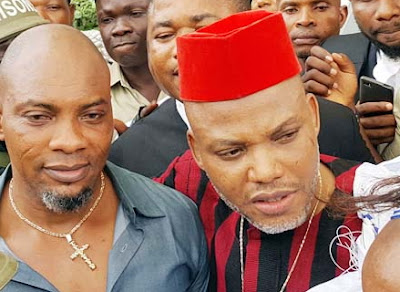 The owner of an IPOB bank account recently uncovered in Paris has been unmasked.

According the security sources, funds raised from the diaspora Nigerians’ donation and other sources are remitted to the account from where it is disbursed for the organisation’s activities.

The account holder was not named at the weekend.

Here is what a security source said

“Security agencies are still conducting more checks before releasing the details on the fellow running the Paris, France account on behalf of IPOB and its leader.

“When the necessary investigation is completed, the findings will be presented to the French government for appropriate action in line with the laws in France.”