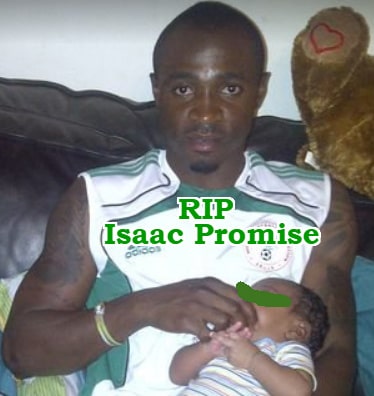 A top athlete from Nigeria has passed away.

Isaac Promise the former captain of the Golden Eaglet passed away at the age of 31 yesterday Wednesday the 2nd of October 2019 in Austin Texas.

According to reports, he was exercising at the gym of his apartment building when he suddenly collapsed and died.

The founder of his new football club, Bobby Epstein said no foul play was suspected about his death.

The popular striker scored 79 goals in 11 professional seasons in Turkey.